Menu ARN
Paper: It's the best way to use Facebook

Facebook gave itself a much-needed makeover for its 10th birthday , but you won't see a change unless you know where to look. The overhaul is part of Paper, a stand-alone iOS app that's part News Feed, part newsreader.

Paper is the next phase of Facebook's mobile-first strategy: A set of separate, Facebook-adjacent experiences that break apart what makes Facebook part of our daily routine and reassembles its best parts as new apps. There's Instagram for photo sharing, Messenger for chatting, and now Paper for reading.

Change is scary for Facebook users. We've become accustomed to the simple, soothing blue-and-white color scheme of the network's website and apps. And remember when the introduction of News Feed caused an unholy ruckus? Aren't we all still recovering from being Timelined?

That's why Paper had to be separate. A stand-alone app doesn't feel like such a drastic change. It feels optional. And Paper is optional. But it will replace Facebook's main app if users feel the fear and install it anyway.

Facebook isn't known for its beautiful design, but Paper is a visual revolution for the network. Zuckerberg brought on Mike Matas, a former Apple designer and founder of e-book publisher Push Pop Press, to craft the look of Paper.

The app's design is heavy on tiles. When you launch Paper for the first time, you have to select sections for your personalized newspaper by swiping labeled cards--Headlines, Cute, Creators, and 17 other options--into place. It's such a design departure for the network that it's hard to believe Facebook and Paper are the same, if it weren't the News Feed in your face.

Paper is so customizable that News Feed doesn't even have to be the first section you see--you can place it behind the other topics you'd like to read first. For now, my personalized paper puts News Feed front and center, but that could easily change. The design of each section, including the Facebook part, is the same: Rotating images above the fold (in newspaper speak) with text overlays for headlines or status updates, then a series of tiles, or stories, that you can scroll through by swiping to the right. Swiping the top image will take you to the next section in your Paper.

The large, above-the-fold images are a remnant of Facebook's previous attempts at changing its look, first with a redesigned News Feed that was subsequently scrapped and then with Facebook Home, its failed Android launcher. Home's Cover Feed, which put rotating images from your friends on your phone's lock screen, was always a visually appealing way to interact with Facebook, so its return as an element of Paper is a pleasant surprise.

After I installed Paper, I decided to use it instead of the Facebook app that's been on my iPhone's home screen for years. What would it be like to check Paper in the morning every day instead of Facebook?

Answer: It's better. It's unclear if Facebook changed the News Feed algorithms to jibe with Paper's news emphasis, but I'm seeing more articles, more photos, more interesting updates from my friends instead of the Candy Crush scores, Bitstrips, and general crap I see in my regular Facebook feed.

Unlike Facebook's main app, which lets you scroll up and down to see chronological updates, Paper employs a range of gestures. You can pull tiles from the bottom scroll to read updates full-screen. If it's a news story, flip the card open to read the piece in-app. The effect, which is like unfolding a newspaper page, is subtle but sweet. Swipe down on any story you're reading to throw it away.

Facebook is reportedly filling each section of Paper with articles curated by human editors, which could be true. The stories come from a mixture of mainstream publishers (The New York Times, Wired, The Atlantic), popular bloggers, and Facebook pages or Instagram posts with high engagement. The Headlines section is sourced from the usual suspects mentioned above, but when you delve into Cute, Flavor, and Glow, the content is more relaxed and fun. Sharing a link you read in Paper back to your Timeline is easier than ever before, with options to instantly reshare, share in a new post, or save an image to your camera roll.

Creating a post in Paper is as simple as penning an update in Facebook proper, but there's more room to write--conceivably so you feel inspired by the blank slate rather than restricted to a small box.

On top of Paper's litany of positive attributes, there's another small plus: The app doesn't have ads (yet). That's a compelling enough reason to make the switch.

If you're already using a social newsreader, Paper probably isn't what you're looking for. It's not as full-featured as Flipboard, doesn't have the bite-sized appeal of Circa, or do the heavy lifting of an RSS reader like Feedly. But if you want a more sophisticated Facebook feed with a side of news, Paper is miles beyond the core Facebook app - and Facebook wanted it that way.

Paper is currently only available in the US and Facebook has not announced when it will be available internationally. 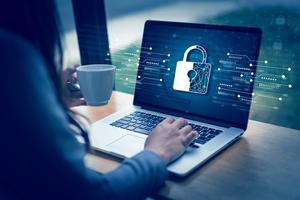