Tasmania customer-owned Bank of us has selected Data#3 to replace its outgoing ageing servers, storage and networking to improve its operational efficiency.

With eight branches and 120 employees, Tasmania-based Bank of us was looking for a solution that was more affordable than having two identical infrastructure sites: one for the delivery of its core banking and IT services and another for its disaster recovery (DR).

"The DR site mirrored our production site, which was quite costly because we needed to have identical infrastructure at both sites," Bank of us network and IT systems manager Ben Moreland said.

"We would operate on HPE servers that were connected to an IBM SAN, and there were iSCSI [Internet Small Computer Systems Interface] connections to Extreme Networks switches. While it worked, it gave us a headache, especially as the hardware got older.

"Having to deal with three different maintenance contracts and three different vendors was quite difficult, and it was a lot of effort to keep those systems running," Moreland explained.

Data#3 suggested a straight replacement with HPE servers and storage and Aruba switches or an HPE Simplivity hyper-converged solution.

According to Data#3, Bank of us considered Nutanix hyper-converged system but found HPE Simplivity "offered the best redundancy, resilience and cost" and its simplicity would reduce the resources and training required to operate it.

The fact that it ran off VMware also weighted in the bank's decision as it meant it could keep its licenses.

The core banking system from Bank of us runs on an IBM AIX POWER8 server, but everything that connects into it operates on Windows virtual servers. With its system improving and developing, more virtual servers had to be rolled out, which put pressure on available CPU and memory.

"We were constantly having to move servers around to different nodes to ensure we could have the memory and CPU available to operate the forever growing number of servers we needed to run our core banking environment," Moreland said.

With growing databases, the bank had to rely on Veeam and tape backups, and some restore times were "unacceptably long" resulting in downtime.

"Our largest database took about four hours to restore onto the DR site ready for use," Moreland said.

"While we could get our core banking systems online with customer-facing services such as internet banking within 15 minutes to half an hour, we could only offer limited banking services in our retail stores until our auxiliary databases were restored.

"The servers, the SAN and the Extreme switches were all approaching end of life and running out of warranty, and this all played a part in our decision to upgrade and implement a better infrastructure."

Now it takes Bank of us five minutes to restore its biggest database due to hyper-convergence and deduplication. One of the more complex SQL-stored procedures that runs queries on a large database used to take twenty minutes and now runs in four minutes.

“It has definitely cut down our system admin teams’ supervision time by five to 10 hours a week. Having a single pane of glass for network, storage and servers means not having to log on to three different systems to monitor three separate solutions," Moreland added.

Using implementation services from HPE Pointnext, Bank of us installed two HPE Simplivity 380 nodes at its main production centre and one at the DR location. These are connected to Aruba 3800 switches and are covered by a 24×7 HPE Foundation Care support contract. The infrastructure now includes some 45 virtual machines.

Bank of us has 11 TB of physical storage rather than the previous six TB, which enables it to regularly carry out more backups. 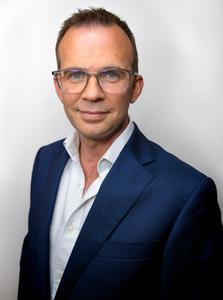 How to successfully leverage working from home post coronavirus