VMware has expanded its telco and edge cloud portfolio in an effort to drive real-time intelligence for telco networks and improve automation and security for telco, edge and IoT applications.

The increased focus on communications service providers and telcos comes as the rollout of 5G ramps up globally.

The infrastructure vendor increased its focus on the area through its acquisition last month of AI-based network optimisation start-up Uhana, which it said will complement and enhance the service assurance capabilities of VMware Smart Assurance and other data networking collection products

During his keynote address at VMworld, VMware CEO, Pat Gelsinger, said telcos would play a bigger role in cloud than ever before. The shift from hardware to software presented a great opportunity for the US industry to play a critical role in 5G.

“We’re also seeing there’s a massive wave occurring in the telco community where 5G is ushering in the biggest capital investment build-out for the rest of our career,” he said.

“Telcos will play a bigger role in the cloud universe than ever before, but they’re also changing their underlying infrastructure that was a hardware-centric vertical silo; now it’s becoming a software layer among multiple generations of technology.”

VMware is continuing to invest in OpenStack-managed, virtualised telco clouds, announcing VIO 6.0, which focuses on making them operationally deployable, container-capable and multi-cloud ready.

VIO 6.0 aims to provide communication service providers with a common platform that has consistent policies in a multi-cloud environment, VMware said.

The company said the latest release of VMware Smart Assurance with VMware Integrated OpenStack “provides assurance capabilities that will deliver service impact and root-cause analysis with visibility across physical and virtual OpenStack networks, as well as multi-cloud networks.”

The latest release of VMware Integrated OpenStack 6.0 includes support for Kubernetes, providing CSPs with a cloud native platform for container-based applications and services.

The infrastructure vendor also provided a new release of its Pulse IoT Center 2.0, on-premises which complements the SaaS version.

“Furthermore, with the addition of AI-based learning capabilities from our Uhana acquisition, telco and Edge clouds will become significantly smarter in their capability to provide better service and remediate and correct faults quicker.”

VMware has also detailed the enhancements it has made to its network and security capabilities, NSX Advanced Load Balancer, along with the continued enhancements to its hyperscale SD-WAN.

VMware vice president and CTO of global field and industry, Chris Wolf, said the NSX Advanced Load Balancer was a rebranding and relaunch of the software acquired from Avi Networks.

“Most importantly with this architecture is that it is fully software defined,” Wolf said. “This is a modern, purpose built, application delivery controller with no hardware dependencies that can run in any cloud, data centre or on the edge - all through a single, centralised control plane.”

The SD-WAN by VeloCloud service has a network of more than 500 partners globally, including system integrators, VARs, MSPs and more than 100 telco service providers.

Why Digital Transformation and Software Security Must Go Hand-in-Hand 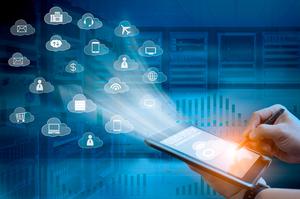