The company formerly known as Arq Group has posted a significant loss for its half yearly results, dropping 1,217 per cent, as it faced a customer dispute and deep debt.

This sees its total loss after tax from continuing operations from its singular small- to medium-sized business (SMB) division fall to roughly $18 million in the red, down from the previous corresponding period of $1.6 million in profit.

The drop, according to documents listed on the Australian Securities Exchange (ASX), was in part due to the selling off of its enterprise business, which generated a loss on sale of approximately $1.6 million.

Part of the loss in revenue was attributed to a reversal of $9 million associated with settling a customer dispute over a roughly $10 million balance, which resulted in a cross claim from the customer.

This is down significantly from the 15 per cent expected revenue fall — in the range of $29 million to $30 million — forecast earlier in August.

Not included in the reporting period however is Webcentral’s acquisition by the US-based Web.com for $12.2 million, with the deal to be put to a vote on 29 September.

Under this agreement, Web.com will refinance Webcentral’s existing debt facilities and repay all of its existing debt, which is priced at an approximate $45.6 million.

However, Webcentral’s financial report claims that a condition of the acquisition was that the customer dispute had to go through settlement or final determination.

Without the offer from Web.com, Webcentral’s future looks bleak, the report claimed.

“There is no other clear path to repayment of the existing debt facilities, creating an uncertain future for the Group in the absence of the scheme,” the report noted.

“The scheme of arrangement proposed by Web.com emerged from the strategic review as a superior offer for the company’s shareholders, balancing the maximisation of shareholder value with transaction certainty. To this end, the company made several attempts to settle the customer dispute.

This is particularly noteworthy, as its financial results for the second half year of 2019 saw it become reliant on money from lenders to continue operations at the time.

The agreement, the report continued, saw both parties waive all payments. Instead, Webcentral will provide free services for the customer up until 31 December, with services to terminate by 31 March 2021.

The coronavirus pandemic also had an impact on the business with a reduction in its cost base in relation to people, marketing, property and systems, causing in an unspecified number of roles being made redundant in an attempt to simplify the business’ operational structure.

This ended up costing Webcentral $2.1 million.

Read more Rebranded Arq Group to be acquired by Web.com for $12.2M

Additionally, the business received assistance from the Federal Government by way of JobKeeper scheme payments for 38 eligible employees. 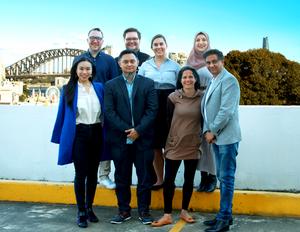 The N-able Promise: A Focus on MSP Partners