5G Networks has been accused of embarking on “coercive” activity towards its shareholders over its attempt to acquire Webcentral Group.

According to Keybridge, 5G Networks' bidder's statement and Webcentral's target's statement in relation to the 5G Networks Conditional Funding "create a highly coercive effect on shareholders to accept the [5G Networks] Bid to cause control to pass in a manner inconsistent with that of an efficient, competitive and informed market".

Keybridge also claimed the statements made by the Webcentral directors — that they would accept the 5G Networks bid — were anti-competitive and contravened section 606 of the Corporations Act 2001.

Webcentral told shareholders in a statement that it considered the Takeovers Panel Application was "without merit".

Regardless of Webcentral's stance, the Panel has subsequently told 5GN that it must not process any Webcentral acceptances received on and from 23 October.

It also ordered 5G Networks to extend the offer period for at least another week.

The move follows 5GN winning a bidding war with US-based Web.com for the remnants of what-was-once Arq Group with a $21.6 million offer.

As part of the deal, Webcentral said that each of its directors, who collectively have a relevant interest in approximately 19 per cent of the total number of Webcentral shares on issue, had taken the necessary steps to accept the takeover offer.

This would be if 5G Networks acquires a relevant interest in at least 50.1 per cent of the Webcentral shares and the 5G Networks bid becomes or is declared wholly unconditional.

In addition, 5G Networks had agreed to provide an unsecured loan of $500,000 to Webcentral to be used by Webcentral to pay a reimbursement fee to Web.com.

As a result of those and other acceptances received under its offer, 5GN then assumed a relevant interest in approximately 34.75 per cent of the shares in Webcentral.

However, according to Keybridge, the proposal contravenes section 606, which forbids the acquisition of a relevant interest in voting shares if, because of that transaction, a person's voting power in the company: these include increases from under 20 per cent to over 20 per cent or increases from a starting point that is above 20 per cent and below 90 per cent.

The financier also claimed  Webcentral's target's statement was unclear, "in particular in relation to why Webcentral has formed the view that the 5G Networks bid was superior to the Web.com proposal".

Webcentral had until 27 October to unconditionally accept the proposal. However, now Keybridge is looking at interim orders that 5G Networks not process any acceptances until the panel considers its statements and that 5G Networks extends its bid by three weeks.

Keybridge also seeks final orders that Webcentral shareholders be provided with withdrawal rights under the 5G Networks’ bid (or the bid be withdrawn), that all shares acquired in contravention of section 606 be vested in ASIC for sale and further disclosure.

As reported by ARN in late August, the publicly-listed Webcentral Group posted a significant loss for its half yearly results, dropping 1,217 per cent, as it faced a customer dispute and deep debt.

Total loss after tax from continuing operations from its singular small- to medium-sized business (SMB) division fell to roughly $18 million in the red, down from the previous corresponding period of $1.6 million in profit.

The drop was in part due to the selling off of its enterprise business — which retained the rights to the Arq Group brand — generating a loss on sale of approximately $1.6 million in the process. 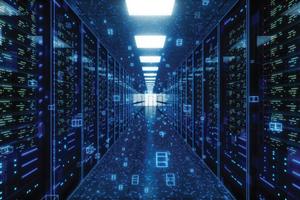