Menu ARN
Vocus on the mend after consecutive profit hits

Vocus Group has ended a run of declines in statutory net profit after tax (NPAT) and minority interests, recording a rise of 49.2 per cent year-on-year, to $19.1 million, for the six months ending 31 December.

This is a turnaround from the telecommunication services provider’s last few financial reports, which recorded declines in NPAT for the first half of the 2020 financial year, as well as FY20 and FY19.

Statutory earnings before interest, taxes, depreciation and amortisation (EBITDA) were up by 3.8 per cent, year-on-year, to $188.1 million. Statutory revenue however was not as successful, dropping by 0.5 per cent over the same period, down to $897.4 million.

The uptick in profitability bookends the company’s three-year turnaround program ahead of schedule, according to the provider’s managing director and CEO Kevin Russell, and would now move into a new stage of investment and growth.

“Vocus’ first half FY21 results clearly demonstrate the company’s strong financial performance, strong operational performance and that we are executing a clear and consistent strategy,” he said.

“Fibre is the critical infrastructure of the modern economy, and Vocus’ high-capacity, highly secure fibre network is key to our momentum in the market.”

The company's Network Services arm was labelled as its “core growth engine” by Russell for the period, with 11.3 per cent year-on-year recurring revenue growth, to $340.2 million, and 8 per cent growth over the same period in underlying EBITDA, to $128.7 million.

Its New Zealand business was referred to as a “strong and stable performer” by the CEO, recording a 5 per cent year-on-year rise in both revenue and underlying EBITDA, recording NZ$210 million and NZ$35.7 million, respectively.

Its consumer and business segment in particular recorded record growth, rising by 11 per cent year-on-year for the period to NZ$146 million.

“Our acquisition of Stuff Fibre is on track to meet integration targets and we secured a major new wholesale customer in Sky Broadband," Russell said. Preparations for an IPO of the New Zealand business are progressing well and the proceeds will enable us to make strategic investments in our network and capability.”

Vocus' retail business, however, wasn’t as successful as the other two businesses, recording an overall revenue decline of 6 per cent year-on-year, to $360 million, and underlying EBITDA dropping down 20 per cent year on year, to $32.7 million.

Regardless, Russell remained optimistic, noting that the company's consumer segment returned to growth at 1 per cent year-on-year, to $307 million, as well as services in operation (SIO) growth across National Broadband Network (NBN) and mobile, and ongoing cost reductions of 9 per cent.

Vocus also mentioned in its financial report about the non-binding indicative takeover offer from Macquarie Infrastructure and Assets Holdings (MIRA) worth roughly $3.4 billion, which was announced in early February.

According to the company, MIRA is now in co-operation with Aware Super to progress its proposal via a consortium, at the same proposed price of $5.50 per share.

Looking ahead, Vocus said its priorities past its New Zealand initial public offering (IPO) are to invest to capitalise on key market opportunities in Vocus Network Services, to maintain a net leverage ratio of below 2.5x net debt to EBITDA and to consider a sustainable dividend policy. 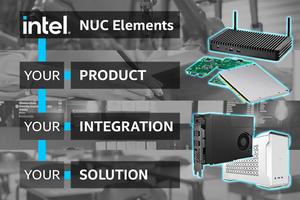