Menu ARN
Hands on with Windows 11

Windows 11 is Microsoft’s next operating system. It’s here, it’s real, and we’re using a leaked version of it right now. Our hands-on offers an early look at what you can expect: the addition of a mammoth widgets drawer, an updated Windows 10X-like user interface, and more.

On June 24, Microsoft will host a Windows event, promising “what’s next for Windows.” Microsoft teased the event with a graphic that showed light falling through a window to create a shadow that looked very much like the number 11. The company also set the announcement for 11 a.m. ET. Chief executive Satya Nadella calls it the next generation of Windows. And make no mistake: The leaked version of Windows 11 advertises itself as Windows 11 throughout.

It’s worth noting that Microsoft hasn’t yet released Windows 11 officially, either as a public release or as part of the Windows Insider beta program. We also have no idea what development stage our leaked build of Windows 11 represents. We obtained Windows Dev build 21996.1 via a leak from the web, downloaded it, and installed it on a Microsoft Surface Pro 7+. While we don’t have any performance metrics to compare performance before and after installing Windows 11, we can tell you that the experience felt decidedly snappy, though we ran into a few bugs.

Based on our experiences so far, it makes sense to think about Windows 11 as something more than Windows 10, but far less than what we’d consider a “true” next-generation operating system. Microsoft didn’t rip apart Windows 10 and start over. Instead, this is an evolutionary take on Windows 10, as the term “Windows 11” implies.

What we didn’t see was the jarring “Hi, I’m Cortana!” voice that launches the Windows 10 out-of-the-box (OOBE experience). In fact, the leaked build we tested offered little of the familiar experience at all, including ad preferences. While the OOBE experience may be different with a fresh PC you’ve just purchased, Windows 11 as an upgrade appears to leverage heavily what it already knows about you and your PC. The whole process was accompanied by rather psychedelic screens asking you to keep your PC plugged in, featuring slowly shifting coloured backgrounds that slightly suggested a lava lamp.

When the process is completed, Windows 11 greets you with your default desktop background, and a small collection of icons grouped together at the centre of your taskbar. There’s no introductory welcome screen yet, but clicking the Start menu reveals that Windows Tips has been revamped to help guide you into the new world of Windows 11. Somewhat amusingly, Microsoft Teams showed up right away.

If this all looks familiar, it should. Windows 11 draws heavily from Windows 10X, the simplified version of Windows that leaked back in January and that Microsoft later killed. Like Windows 10X, Windows 11 uses the same cluster of icons at the centre of your taskbar, with a Start menu that pops straight up from a new Start logo at the left-hand side. So far, it looks like Microsoft has decided to kill off the Live Tiles that were featured within Windows 10 and move to a straightforward hierarchy of app icons instead.

To be frank, Windows 10X was dull. The grey background felt institutional. Even if you prefer functionality over form, there are some notable differences with the cheery new icons at the bottom of the screen. For instance, the search box is kicked one level down: A search icon on the taskbar opens up a Windows 10-like search box, where you can search local documents as well as the web. Microsoft has collected several new, stunning desktop wallpapers that are accessible via the traditional Windows 10 Settings > Personalisation > Background menu. You’ll also see the small UI changes that Microsoft hinted at before as part of “Sun Valley:” new, refreshed icons and rounded corners on menus.

If you miss the old layout, you can get some of it back. Right-clicking the taskbar allows you to open up a taskbar options page, where you can align the taskbar icons to the far left. When you then open the Start menu, it pops up in the left-hand corner.

At this point, however, Microsoft seems like it’s imposing its choice for you to use taskbar icons, rather than a Windows 10-style of tabs that offered a bit more space and textual explanation of what those icons meant. Hovering over each icon with the mouse reveals any multiple windows that the app may be hiding. There’s also a “badge” of sorts that graphically indicates if there’s more than one window, though it’s not that illustrative.

The Start menu feels a little pedestrian, with a vertical array of apps to scroll. To be fair, however, many app vendors never really took advantage of the scrolling, interactive Live Tiles, and they’re a holdover from the Windows 10 Mobile legacy of phones as well.

Interestingly, Microsoft has added a “Recommended” list of recent documents at the bottom of the Start menu. It’s unclear whether Microsoft will “recommend” recent documents, or whether they’ll be algorithmically chosen for what Windows thinks is relevant.

The taskbar hides some other surprises. Task View, the ability to group “workspaces” together and flip back and forth between Windows and tabs, remains—even though it felt under-utilised within Windows 10. Cortana, the “face” of Windows 10, remains as an app, but she doesn’t appear in the Start menu at all, and is accessible only by launching the app itself.

Quite a bit of Windows 11 looks the same as Windows 10: the Action Centre in the lower right-hand corner, for example, remains unchanged. But there’s an enormous change to Windows 11 that we haven’t seen before: Widgets.

Right smack in the middle of the Taskbar icons is Widgets, a feature that we haven’t seen since the days of Windows 98 and Windows XP. These aren’t really desktop widgets, but rather a supersized version of Windows 10’s News and Interests feature that Microsoft rolled out in April. (Some people already want to remove it). We're not kidding: It's an absolutely massive takeover of your PC’s desktop, sliding in from the left-hand side.

It’s not clear what Microsoft intends Widgets to be: a home for Windows “gadgets” and other utilities? A repository for relevant news, such as the events of the day? But there’s one catch...maybe. Right now, Widgets hides everything behind a “paywall” of sorts, blocking Widgets from Windows 11 PCs with local accounts and requiring you to login with a Microsoft account (MSA) to access Widgets. If you’re the type of person who prefers a local account anyway, it’s likely that Widgets won’t be for you. 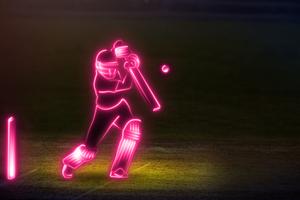