Time rolls forward, the past recedes, and it all starts to fade, doesn't it? Ten years ago, Steve Jobs died, and at the time I pondered how he'd be remembered. In the intervening years, his most notable product–Apple itself–has risen to unimaginable levels of power and influence.

The fact that so much of Apple's growth has happened since Jobs's departure hasn't reduced him at all. It would be relatively easy to argue that the success of Tim Cook's Apple suggests that, despite everyone's concern in the late days of 2011, the company actually could go on without Jobs at the helm. But that's not what anyone thinks. Instead, Jobs is credited for putting Apple on the path that led to it becoming what it is today.

On October 5, 2001, 10 years before Jobs passed away, Apple is busy digging itself out of an enormous hole. Jobs returned to the company with the purchase of NeXT in late 1996, assumed the reins of power in mid-1997, and four years later his big accomplishment is mostly that Apple hasn't gone out of business yet. Thanks to the iMac G3, the company had a financial lifeline that has allowed it to renovate the rest of the Mac product line, get an entirely new Mac OS out the door, and begin expanding into retail.

This is a very different Apple than the one that most people remember, an invisible era where Jobs was furiously throwing ideas at the wall to see what would stick. (A server! A cube-shaped Power Mac!) This Apple was not afraid of failure. It wasn't afraid of looking foolish. It was, in fact, completely embracing the fact that it would need to keep trying and be willing to fail in order to find where it might succeed.

One of those wild ideas ended up saving the company. 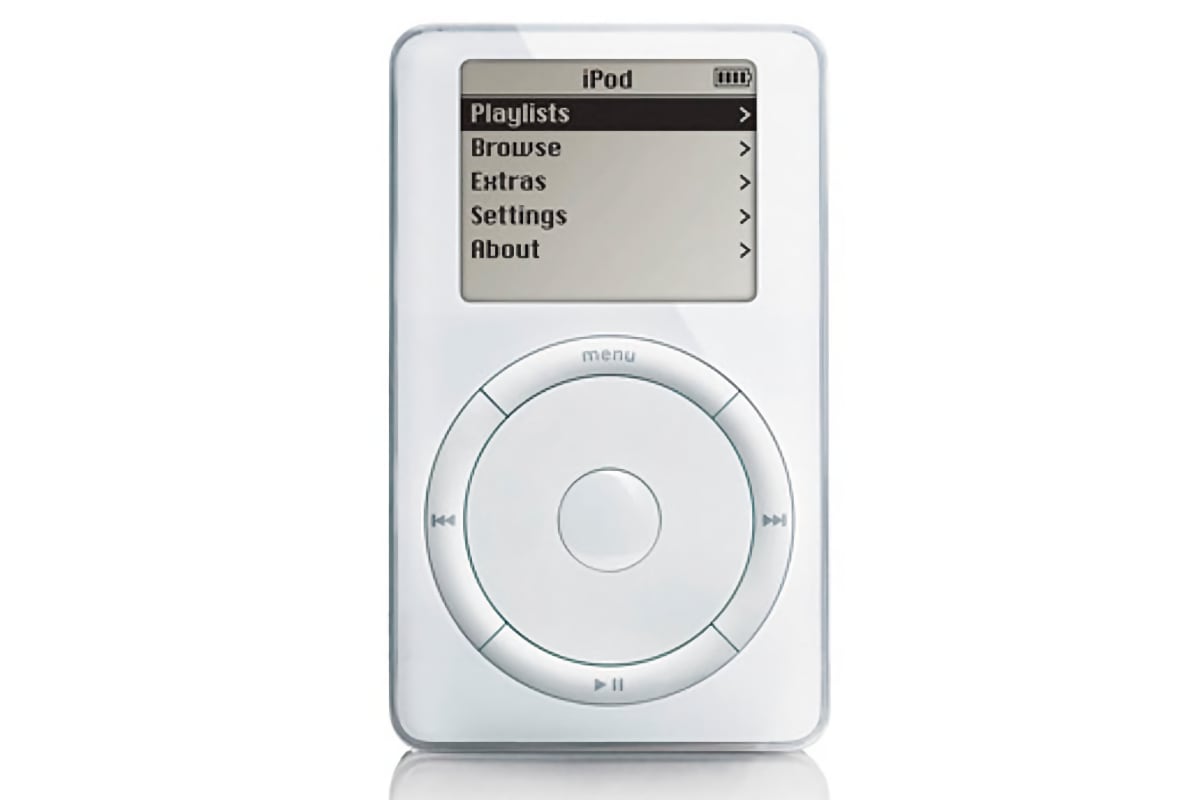 Apple had been struggling for years. Then the iPod came along to start a string of successes that made the company what it is today. (Apple)

Ten years before Steve Jobs died, he and his team were putting the finishing touches on the new product they'd be introducing a couple of weeks later. It was another weird idea that was still worth trying–a digital music player so compact that you could carry a thousand songs with you in your pocket.

The iMac G3's sales success might have given Apple a lifeline, but it was the iPod (which has its 20th birthday later this month) that introduced Apple's brand to countless people who had never, would never consider buying a Mac. And combined with the expanding Apple retail empire–another idea that might have ended in disaster, but didn't–the iPod turned people on to Apple as a brand, making them consider the Mac as well–and Apple's fortunes grew.

From there, of course, Apple was on the path to build the iPhone and the iPad, constructing the core trio of products that drive the company even today.

Under Tim Cook's stewardship, Apple has tripled what it makes in an average quarter. It has grown two major new sources of revenue in wearable products (such as Apple Watch and AirPods) and services. Does Tim Cook deserve credit for this? Given how so many experts were convinced that Apple would be utterly adrift without Steve Jobs at the helm, I certainly think so. 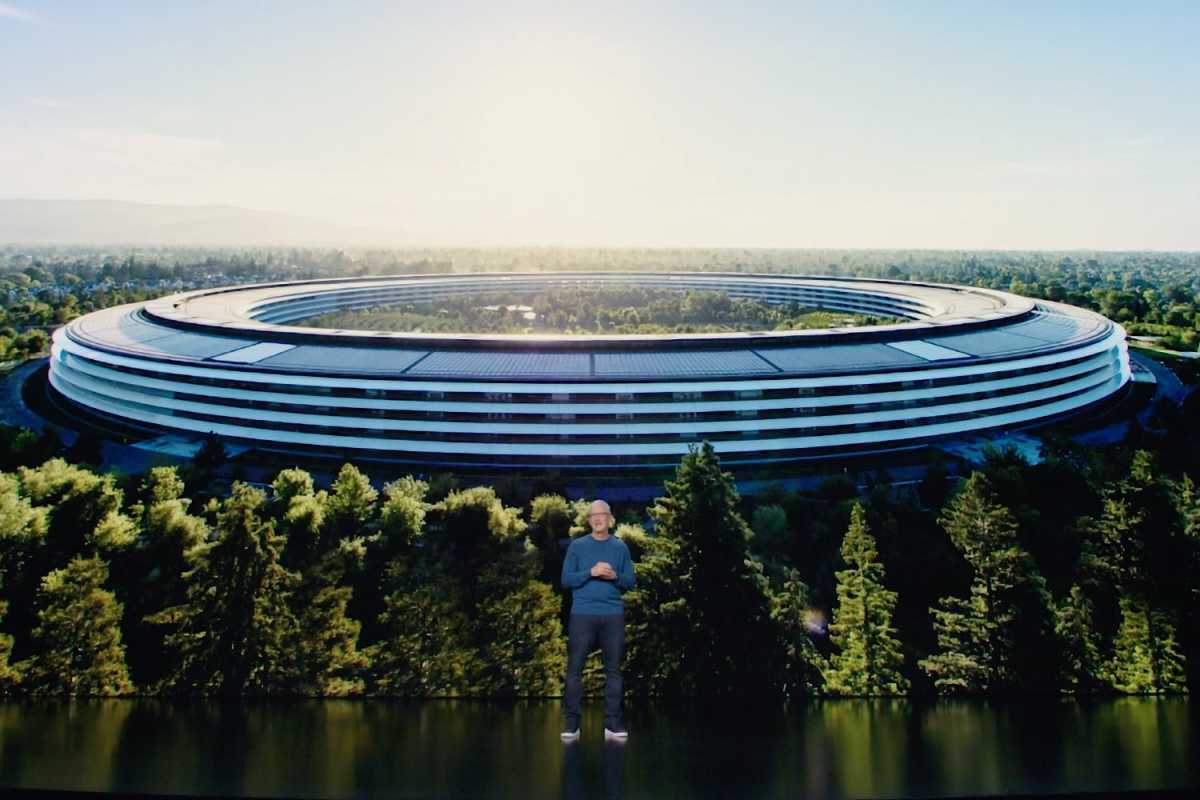 Apple has experienced tremendous success since Steve Jobs' death. Tim Cook deserves all the credit, just as Jobs is viewed as the one who set it all up. (Apple)

Just as Apple's modern corporate culture really owes itself to what Jobs established when he returned to the company in the 1990s, Cook himself was chosen by Jobs as his successor. I think it's fair to say that Jobs probably saw the trajectory Apple was on and trusted Cook to navigate the company through that growth while also continuing to focus on developing new products and iterating on existing ones.

So while Cook deserves credit for steering Apple through these waters, Jobs is rightfully viewed as the person who set it all up. The enormous success of Apple in the decade since Jobs died only adds to his legacy.

But lest we forget, nothing is forever. Apple TV+, a service that Jobs probably wouldn't have conceived of himself, recently premiered a series based on Isaac Asimov's Foundation book series. Foundation is, fundamentally, about one man's vision of the future–a nd how one man's vision is no match for the sweep of history.

Time does roll forward, and our perceptions of events continue to shift. Events witnessed in person become old stories retold, subject to the limits of our memories and the imperfection of second-hand storytelling. My daughter was born just after the iPod was announced, but before it shipped. She's about to turn 20. Where does the time go?

Those of us who are lucky enough to grow old and rickety (in a way that, cruelly, Steven Paul Jobs was never allowed to) will say that we saw that man stand upon a stage with a giant Apple logo behind him and introduce a new iconic, world-changing product, I wrote when Jobs died. In a hundred years, perhaps he will have been reduced to a caricature. Maybe so. But we should all be so lucky.

ARN has celebrated gender diversity and recognised female excellence across the Australian tech channel since first launching WIICTA in 2012, acknowledging the achievements of a talented group of female front runners who have become influential figures across the local industry.