Aussie Broadband has entered exclusive talks to acquire IT and telco services provider Over the Wire.

The internet service provider confirmed talks were underway following speculation in The Australian, but maintained discussions were still "preliminary and incomplete".

"There is no guarantee that any agreement will be reached or that a transaction will eventuate," the publicly listed company told shareholders.

In its first financial year as a public company, the National Broadband Network (NBN) specialist saw revenue rise 84 per cent year-on-year to $350 million, which was 3.6 per cent ahead of its prospectus forecast.

Meanwhile, Over the Wire, which is also publicly listed, posted FY21 revenue of $112.7 million, but saw a dip in post-tax profits due to a recent acquisition spree of  Zintel, Fonebox and Digital Sense.

In August, the company's short-lived CEO Scott Smith announced his exit after just 17 months with nobody lined up as a replacement. 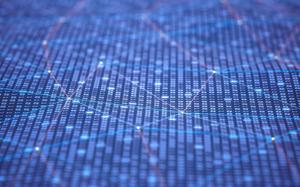