We all hoped that 2021 would signal a return to normalcy, but that never quite happened. Microsoft's hardware teams enjoyed strong success this year. But for Windows, software, and services? Not so much.

Microsoft's year in review has become a holiday tradition of sorts here at PCWorld—recapping Microsoft's strengths, failures, and moments that made us scratch our heads and mutter, Seriously, what. So if you enjoyed our recap of 2020, grab a glass of holiday cheer and settle down.

A generally pathetic sports team like the University of California Golden Bears can salvage an entire season's worth of futility with a win over a key opponent, such as Stanford. And Microsoft made what wasn't the happiest of years into a success with an ongoing, enormous win: Microsoft continued to facilitate working from home, and arguably led the way in doing so. 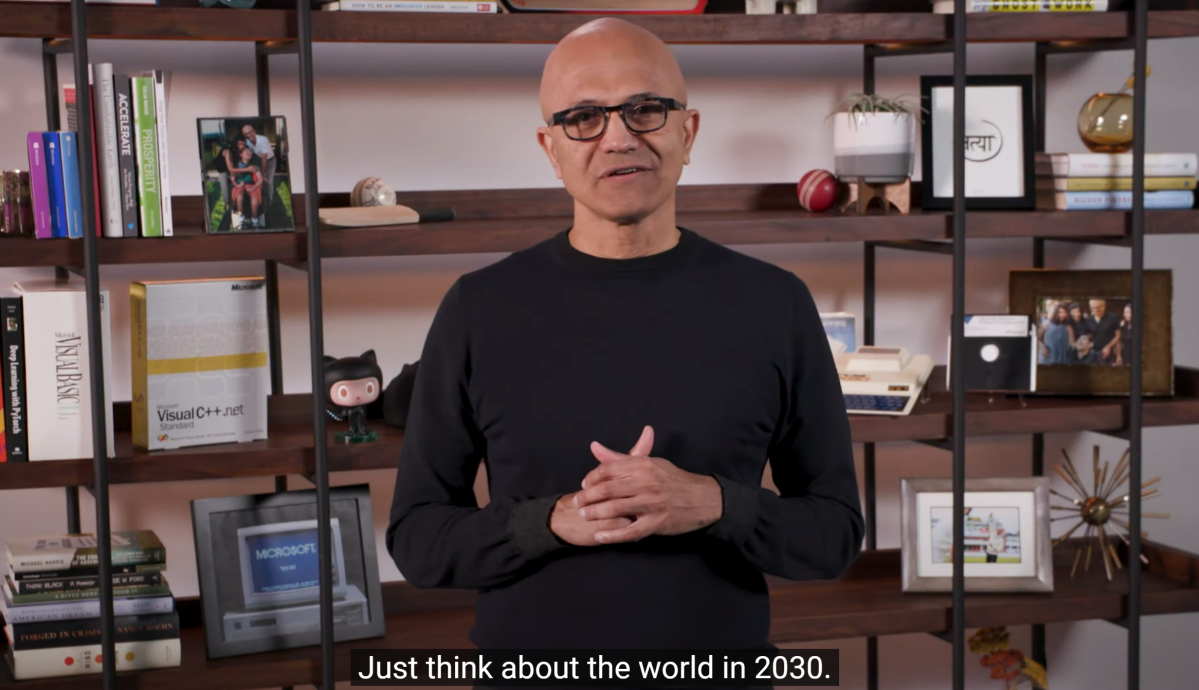 This was still often the way we attended conferences during 2021. Microsoft / YouTube

Some may prefer Google's Workspace, Zoom, or Slack, but Microsoft Teams has clearly evolved into an effective meeting and videoconferencing tool as well as a collaboration solution. Microsoft has invested heavily into partnerships for Teams hardware as well as some very thoughtful ways of integrating in-office work with remote workers. Microsoft's online conferences continued to set the bar. Microsoft 365 is now almost a must-have for businesses and consumers alike, because of the value all of these add. It's been an enormous success for Microsoft as a whole.

It's clear, though, that the victory party got a little out of hand. Some inebriated Microsoft M365 exec probably shouted Let's make everyone use Teams!! and Microsoft Teams for Consumers was born. Then some madman mocked up a Windows 11 taskbar with Teams Chat integrated right into it. That was pushed to production, too! Only after the hangovers had worn off did someone realise that no, no one actually wants to use Teams in their personal lives. Unfortunately, by then the damage had been done. 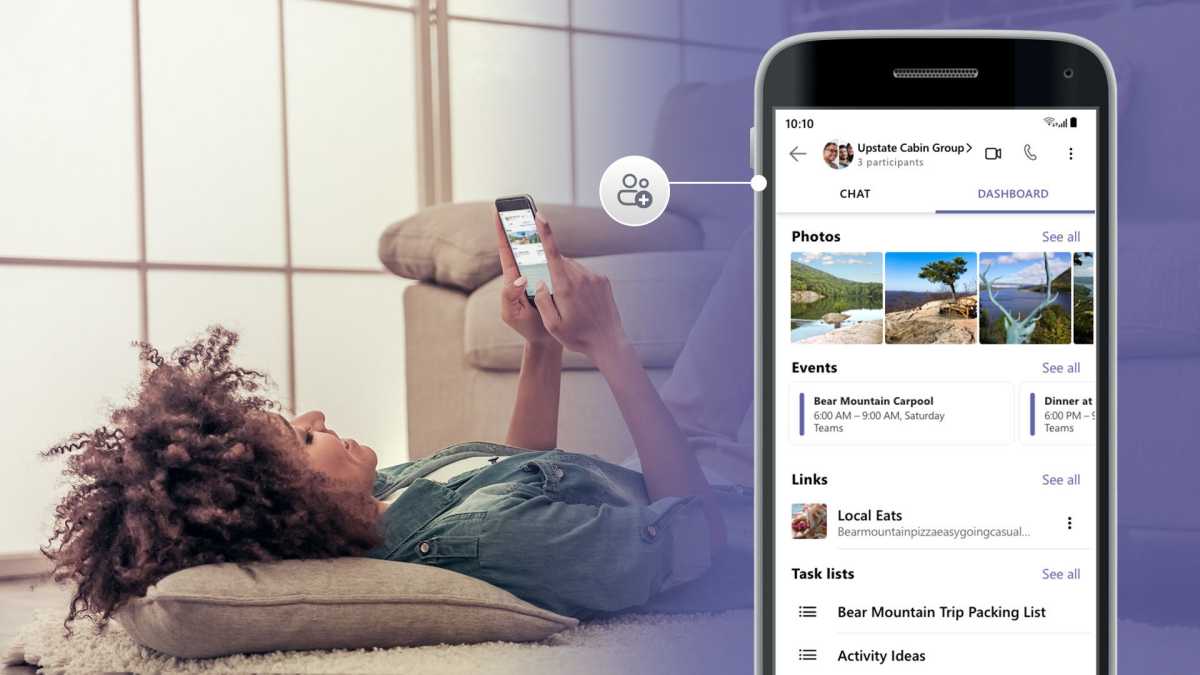 Microsoft found the only person excited about using Teams for their personal life for this shot. Image: Microsoft

In April, Microsoft tried out a bizarre social experiment, letting users vote on which new font would be used in 2022 within Office, Windows, and more. Microsoft encouraged users to lobby for Seaford (organic and asymmetric forms!), Skeena (a humanist sans serif), Bierstadt, and more, probably hoping a heated debate would polarise the Internet. Instead, there was… well, nothing. How do we go on without proper closure? 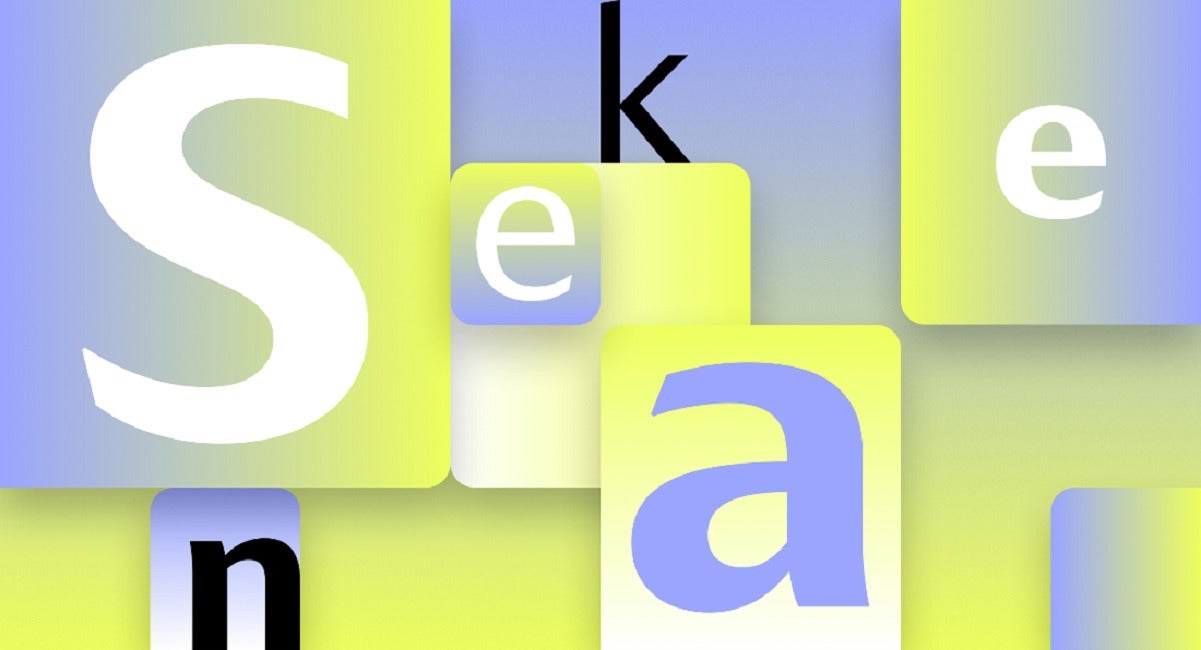 The smart money was on Skeena winning it all. Image: Microsoft

WTF: Microsoft Mesh and the metaverse

Months before Facebook rebranded itself as Meta and made metaverse the most overused term of 2021, there was Microsoft Mesh, Microsoft's virtual-reality platform and the surprise reveal at its Microsoft Ignite conference. Looking back, it's interesting to see how Mesh evolved over just this year: in March, when Microsoft launched Mesh, Microsoft technical fellow Alex Kipman characterised Mesh as a virtual-meeting platform, implying that the future of meetings was virtual reality.

Meta then adopted the same approach, to general disgust. By November, Microsoft's vision of the metaverse had been recast as virtual Teams avatars in preparation for a preview to be released in 2022. 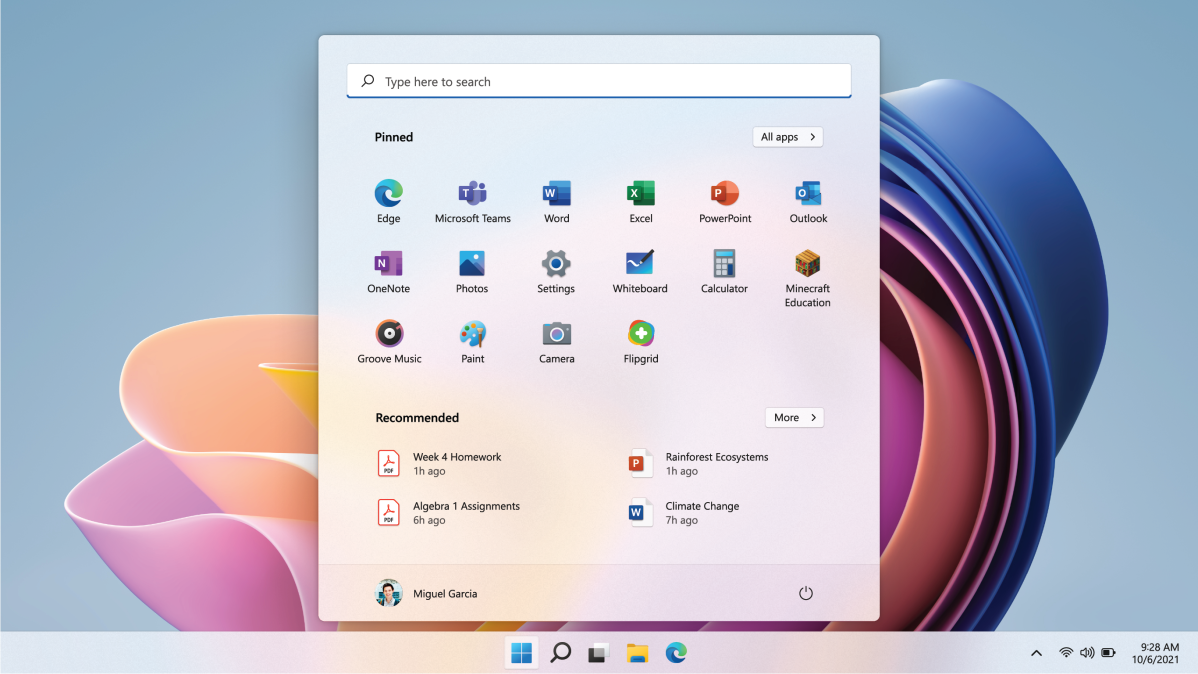 Windows 11: the most controversial product Microsoft has released in recent memory.

While Windows 11 may not be succeeding yet, Windows itself is. Microsoft probably cares as much as more about Microsoft 365 subscription revenue and monthly users of Edge and Bing than anything else. To Microsoft's bean-counters, Windows is just a gateway to those services.

It's fair to say that we have some TPM PTSD we're still working through. For a few weeks, Microsoft swung back and forth on exactly which PCs could upgrade to Windows 11, and users tried to figure out what the hardware requirements of Windows 11 were, and what they needed to do if their PC didn't meet them. Microsoft may have had the best of intentions in excluding millions of PCs for security reasons, but all Microsoft had to do was to simply sit down with reporters and clearly communicate what was going on, what consumers could expect, and the thinking behind it. They didn't.

This was clearly Microsoft's worst communications debacle in years, and we can only hope that some senior executive was called on the carpet for it.

Microsoft Edge is a solid browser, adding new features all the time — which is why Microsoft screwed this up so badly. Windows 11 makes it a royal pain to set up a third-party browser as the default, robbing users of the choice between any of the excellent browsers that are available to Windows users, from Brave to Vivaldi. If that decision wasn't legally anti-competitive, it sure felt like it. Even a way to redirect Edge-specific links was blocked. Taking steps to reverse the decision via a Windows 11 preview is a small step, but it's one that should have never been made in the first place. 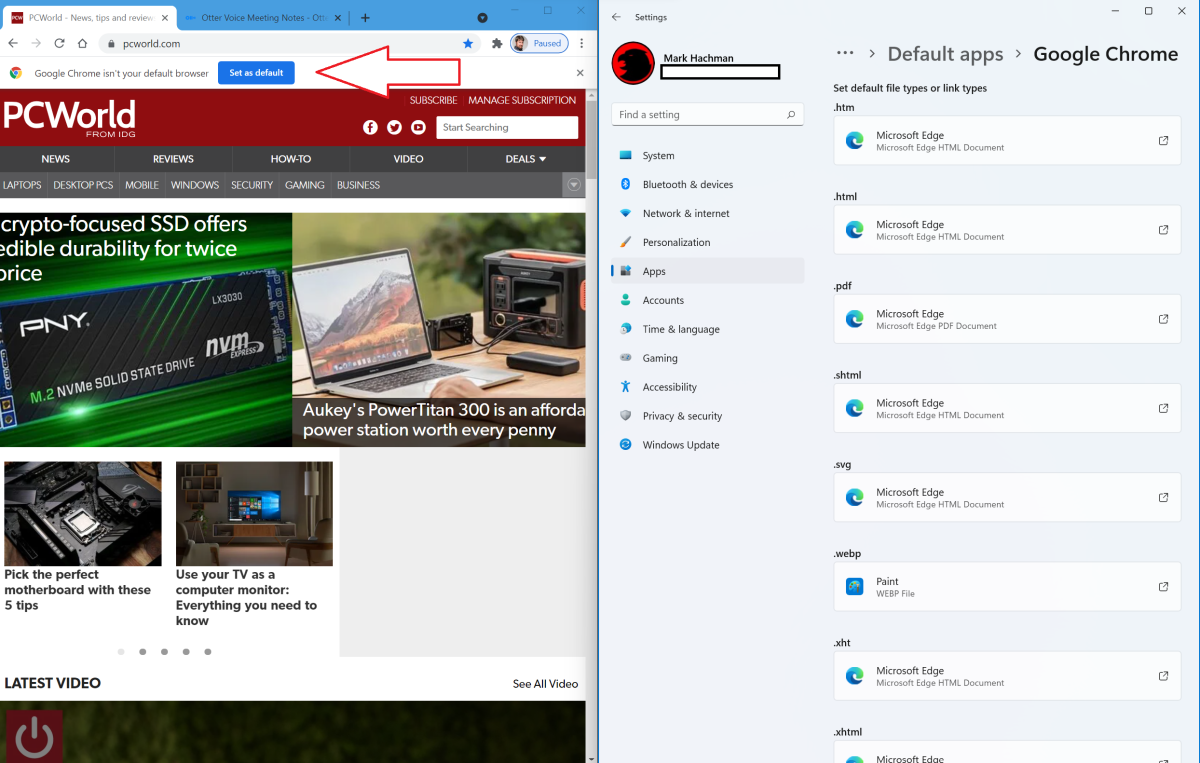 Microsoft has made selecting a third-party browser as the default unnecessarily difficult. Image: Mark Hachman / IDG

Windows 11 SE and the complementary Surface Laptop SE honestly felt like Microsoft saying well, what the hell — let's just throw this at the wall and see if it sticks. Remember, there is still a Windows 11 Home in S Mode, and Windows 10 S was originally designed to compete with Chrome OS. Now it's Windows 11 SE, and the Surface Laptop SE is now the new Chromebook killer. Good luck with that, folks. 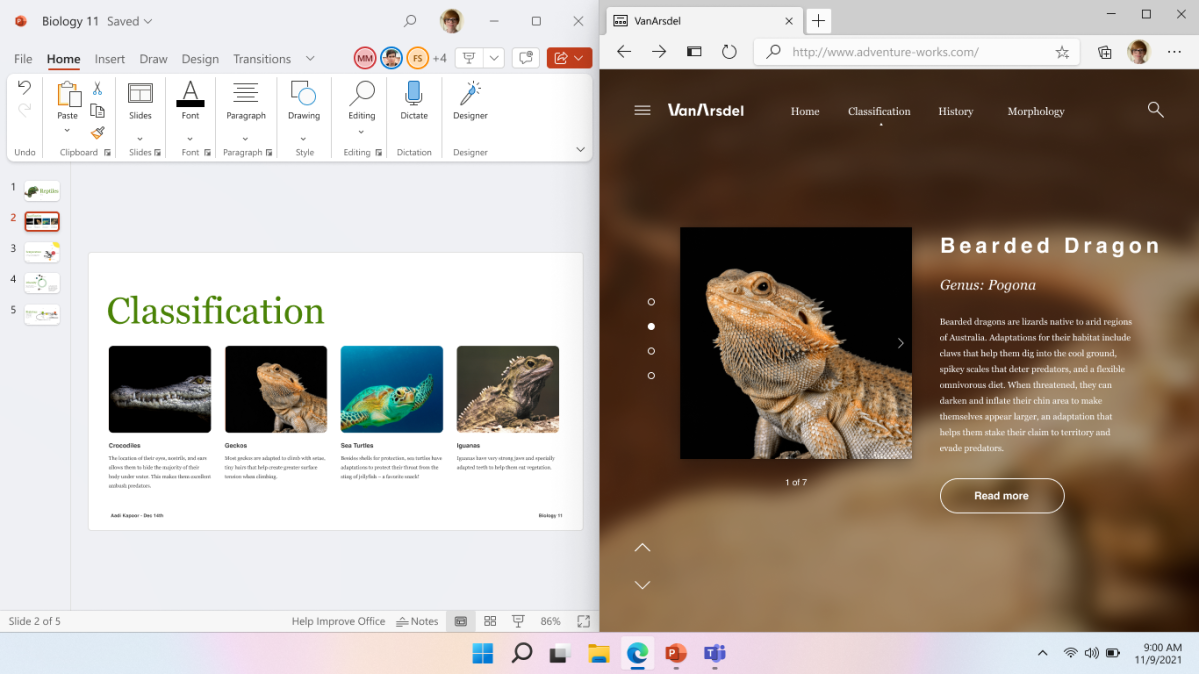 While we may have expected a new Surface Book, Microsoft's Surface Laptop Book Pro fusion includes an impressive pull-forward design with relatively high-performance CPU and GPU options, as our Surface Laptop Studio review shows. Can we continue the push forward and plan out an Xbox gaming laptop for 2022? 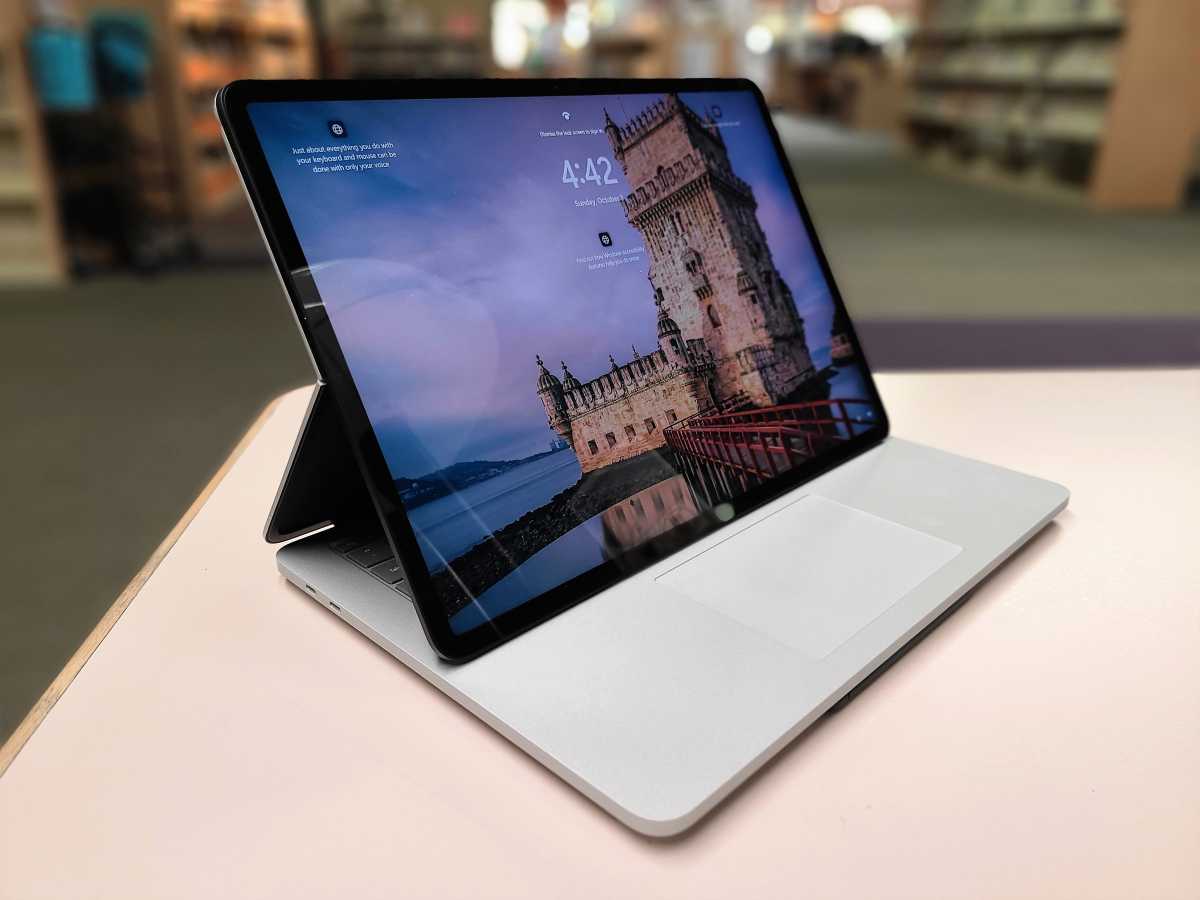 For the most part, Microsoft's generally strong Surface showing continued to offset Microsoft's struggles in software and services. Our review of the Surface Laptop 4 was a success both for AMD's Ryzen processor as well as Microsoft itself. Note to Microsoft's design team: deepen the key travel. Microsoft's keyboards were once the best in the industry, and now they're merely good.

I kept my personal SIM in the Surface Duo 2 folding phone well after we published PCWorld's Surface Duo 2 review, but today I simply find myself instinctively grabbing other phones instead. Surprisingly, it was the Duo 2's UI that pushed me over the edge. Not the bugs, but simply how the phone keeps separate columns of apps on either screen, and there's too much pain wading through them to find what I want. In all, the Surface Duo 2 was a decent effort that fell short. 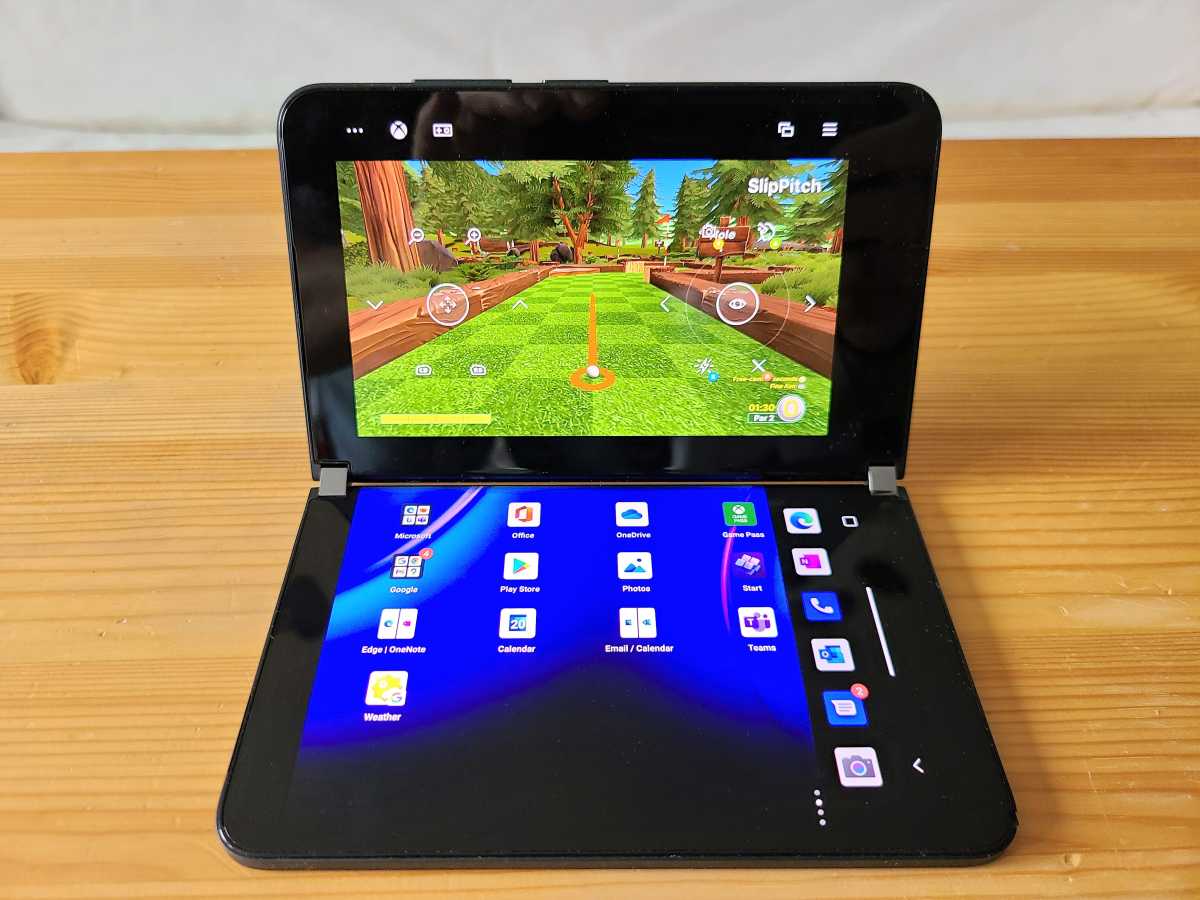 Microsoft's Surface Duo approached the concept of a foldable phone from a different angle, with two screens. While it improved over the first-generation Duo, it probably won't go down as one of Microsoft's success stories. Image Mark Hachman / IDG.

While you still can't find Microsoft's Xbox Series X game console in any reasonable quantities, two things soothed the blow: the availability of the affordable Xbox Series S, and the success of Microsoft's Xbox Game Pass. Microsoft's game subscription is basically a must-have by this point, allowing gamers day-one access to both Microsoft's AAA titles (for the PC and the Xbox!) as well as a number of indie games. Here's how to get Game Pass for cheap.

This is absolutely a gut call, but I suspect that the groundwork behind Windows 365 (Windows in the cloud) will eventually pay off. We already have streaming sticks, and some way of tucking a PC in your pocket and plugging it into an available HDMI port seems like a viable future. The question will be how users type, touch, and interact with Windows, all problems that the modalities maestros at Microsoft will eventually solve.

WIN: The Financial Modeling World Cup, aka the Excel Championship

I never expected that tuning in on a Saturday morning to watch financial modelers work through Microsoft Excel challenges would be the most wholesome Microsoft experience of 2021, but it absolutely was. There's a certain intersection of meme culture, pessimism, sportsmanship, and good-natured trolling that defines modern college football fandom, and the FMWC felt like a bunch of fans who had collectively tuned into the best game of the day. Click on the YouTube links in our FMWC story and you'll see what we mean.

Normally, YouTube comments can be a minefield. But not during the Financial Modeling World Cup! FMWorldCup.com / YouTube

The FMWC had everything: nerd culture; insightful, live commentary (Tim Heng!), and even a knowledgeable fanbase who clearly enjoyed themselves. This was Excel as esports, and it was stunningly compelling.

So that was 2021, from Microsoft's perspective — a lot of head-scratching decisions, some rage, but then joy where none was expected. Here's to a better 2022 for all of us!

SMEs Need Their Managed Services Partners More than Ever: N-able

Bringing the power back to the people, wherever they may be

With hybrid work becoming the new normal, the game has changed for high-power computing and where it happens.

​Channel unites raising $120K during IT For A Cause​

Show Comments
What Microsoft Defender can tell users about the network

May 18
Tableau adds data storytelling to revamped cloud platform
06:45AM
Java concurrency could be about to get easier
03:33PM
Kyndryl and NetApp team up for data insights
02:29PM
Nutanix promotes Matt Maw to lead A/NZ channel
More News