“The winners will be those providers best able to satisfy consumers' demand for high data use, while maintaining their margins.” 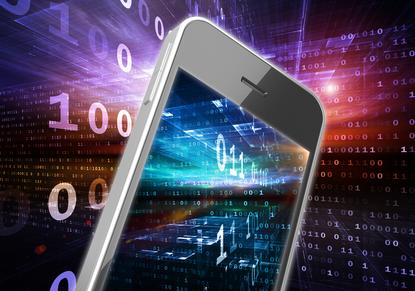 Mobile data traffic will continue to show double-digit growth in 2015, with traffic expected to grow 59 percent this year alone.

The reason? “Newer and faster networks, a rise in the number of users of these networks, and more affordable 3G and 4G handsets will help to increase data traffic,” says Jessica Ekholm, research director, Gartner.

However, according to Ekholm, the key driver of data growth on a global scale is mobile apps, particularly mobile video apps.

“Although network speed and reliability are priorities for many mobile customers, it is really apps and content that are driving traffic volumes as people increasingly chat to friends and family, watch videos on the move, and listen to streamed music,” adds Ekholm, sharing her thoughts on what is driving the growth in mobile data traffic, and how communications service providers (CSPs) and mobile app developers will lead the market.

Ahead of Mobile World Congress 2015, which will be held on March 2-5 in Barcelona, Ekholm predicts that although 4G service prices are likely to fall to 3G levels to make them more affordable, 3G networks will continue to fuel worldwide data growth during the next five years.

“We predict that, in 2018, half of North American mobile connections will use 4G networks, but in the Middle East and Africa 4G users will amount to only 3.5 percent of the region's total,” she says.

“We expect 3G connections to grow by 45.7 percent globally in 2015. This double-digit growth shows the longevity and importance of 3G networks.”

The availability of more affordable 4G handsets is also fuelling growth in data traffic, adds Ekholm, who claims the increase in affordable 4G-enabled handsets and 4G services, which are becoming priced on par with 3G services, will collectively boost traffic.

“This is because, by 2018, each 4G smartphone will use nearly 5.5GB of data per month, which is three times more than a 3G smartphone.”

Of the mobile apps expected to drive double-digit growth over the next few years, Ekholm believes mobile video is by far the biggest driver of mobile data.

“Data we have collected from various mobile providers suggests that mobile video is generating 50 percent of all mobile data,” she explains.

“We expect video streaming to account for over 60 percent of mobile data traffic in 2018, as consumers increase the number of videos they watch and upload.

According to Ekholm, the growth in the number of users of video-calling services is also noteworthy.

In terms of traffic, five minutes of 3G FaceTime video calling uses up to 15MB of data — a small amount. However, Ekholm says as there are many users, the collective total amount can be large.

In addition, mobile music streaming can easily generate hundreds of megabytes of data, but this varies greatly between mobile music apps — for example, a user actively listening to music on Spotify may consume more than twice as much data as a user of Pandora.

Consequently, what should CSPs and mobile app developers do to harness this growth?

“The amount of time consumers spend on the Internet, whether via mobile phone, tablet or PC, will continue to increase,” Ekholm adds.

“CSPs will need to focus on creating new pricing with a focus on data access, such as shared plans.

“They will also need to refine the services they already provide, with a focus on creating richer, more immersive and more personalised experiences, to increase their customer numbers.”

As the mobile app market matures, Ekholm believes app developers will have to sharpen their focus on the marketing and transparency of their apps, in order to retain customers.

Gartner's research indicates that although affluent people and traditional early adopters are the leading users of new technologies and devices, younger, less wealthy people make greater use of mobile apps.

Young people's greater acceptance of apps and mobile content will require app developers to adjust their techniques to address the differences between user groups.

“The future will be tough for CSPs and mobile app developers that decide not to upgrade the user experiences they deliver on their services and products,” Ekholm warns.

“The winners will be those providers best able to satisfy consumers' demand for high data use, while maintaining their margins.”