Since January, Apple said nearly half of its US hires were women, African-American, Hispanic or Native American 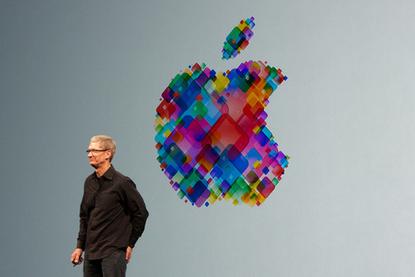 Apple and Intel are both making progress in their efforts to hire more women and minorities, according to figures released by the companies this week.

In the first six months of the year, more than 43 per cent of Intel's hires in the US were women and minorities, up from 32 per cent at the end of 2014, the company reported in its first mid-year diversity report.

At 43 percent, Intel said it was surpassing the 40 per cent diversity hiring goal it set for itself for the full year.

Apple, meanwhile, boosted its hiring of women by 65 per cent globally over the past year, to 11,000, the company said in its second annual report.

Apple made gains particularly in the US, where nearly half of its hires since January were women, African-American, Hispanic, or Native American, the company said.

The lack of women and minorities in Silicon Valley has become a hot-button issue in the male-dominated technology industry. A sex discrimination lawsuit brought by former Reddit CEO, Ellen Pao, against her former employer has also brought attention to how women are treated in Silicon Valley.

Over the past year, other companies including Google and Facebook have started to share numbers around their hiring of women and minorities.

Companies have pledged to add more diversity to their ranks and expand their recruiting efforts. By 2020, Intel wants the diversity of its workforce to mirror the availability of workers by demographic.

The numbers released by Apple and Intel, however, show that the overall representation of minorities at the companies has not dramatically changed.

"We are proud of the progress we've made, and our commitment to diversity is unwavering," said Apple CEO Tim Cook, in the company's report. But, he said, "we know there is a lot more work to be done."