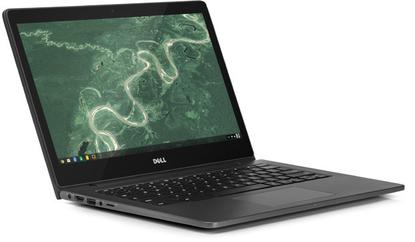 More personal computers powered by Google's Chrome OS shipped in the U.S. during the first quarter than those running Apple's OS X in the same period, IDC confirmed Friday.

"Chrome PCs overall, including Chrome desktop units like the Chromebox, out-shipped all Apple personal computers, desktop plus notebook, in the U.S. for Q1," said Jay Chou, one of several IDC analysts who track device shipments, in an email reply to questions.

In other words, 37% more Chromebooks shipped than Mac notebooks.

Last week, Tom Warren of The Verge reported that Chrome OS hardware had out-shipped OS X-equipped Macs after speaking with one of Chou's colleagues. Subsequently, numerous other outlets, including blogs and mainstream media websites, picked up Warren's report.

IDC's shipment data for Chrome OS and OS X systems were estimates generated using information from vendors and Asian component suppliers. Google, which developed Chrome OS, does not reveal shipment numbers: Most Chromebooks originate from third-party OEMs (original equipment manufacturers), including Acer, Asus, Dell, Hewlett-Packard and Lenovo. And although Apple disclosed global Mac sales in its April 26 earnings call with Wall Street, it did not break down that figure by geographic region.

That IDC's numbers were estimates only was clear when comparing the research firm's forecast to Apple's stated sales for the first quarter. Prior to April 26 -- when Apple said it had sold 4.03 million Macs worldwide -- IDC had projected global Mac shipments at 4.47 million, or about 10% too high.

Chromebooks have sold primarily to educational organizations, particularly K-12 schools, because of their low price and easy manageability. "People buy Chromebooks because they're looking for the cheapest device," said Bob O'Donnell, formerly of IDC but now an independent analyst and the founder of Technalysis Research, in an interview Friday. O'Donnell characterized schools as "price sensitive" to explain their leaning toward Chromebooks.

Meanwhile, Mac sales contracted by 12% in the first quarter when compared to the same period in 2015, the second largest decline in nine years. The Mac ASP (average selling price) in the first quarter was $1,266, or four times as much as the average price of 30 different Chrome OS personal computers Google listed on its website.