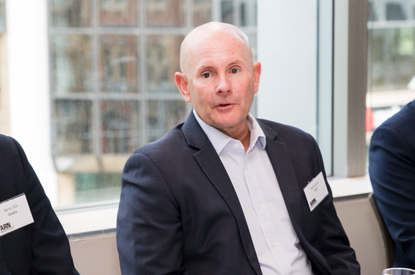 Hemisphere Technologies has appointed Kirk Jones to the newly created role of Channel Director, with the industry veteran exiting his role at AC3.

Drawing on over 20 years of channel experience, Jones is primarily tasked with expanding the business following the recent change of ownership.

“We’re excited to have someone of Kirk’s calibre coming on board as Channel Director,” Hemisphere Technologies Managing Director, Andrew Mamonitis, said.

“He brings a wealth of channel experience and is well respected within the industry.”

Mamonitis said the capital invested into the company by new shareholder, Harry Cheung, has allowed the distributor to bolster its management team and create a dedicated resource for partners.

“Following the recent change of ownership, Hemisphere is moving into a growth phase and Kirk will play a major role in helping us reshape the company,” he added.

“While we’ll continue to focus on our core strength as a value-added distributor, we’re also looking to improve our services to existing partners and attract new partners, which will be Kirk’s primary focus.

“Appointing someone of Kirk’s stature is testament to the direction we’re taking and the results we expect to achieve.”

Prior to AC3, he was the Strategic Alliance Director at SoftwareONE, where he was responsible for establishing the company’s Australian vendor and partner footprint from the ground up, alongside previous roles at Simply International Group, Asia Pacific Partner and Software Spectrum, which is now Insight.

“I’ve worked closely with the team over the years, so when the opportunity presented itself to join the company I didn’t hesitate for a second,” Jones added.

“After 20 years in the channel this is a new direction for me and I welcome the challenge to help grow the business in 2017.”