Melbourne IT searches for enterprise talent in transformation drive 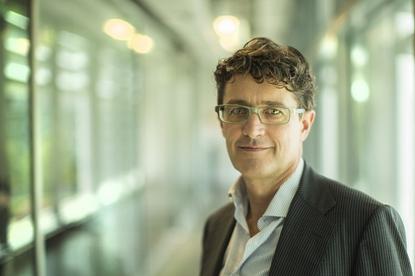 Australian domain name registrar and IT services provider, Melbourne IT (ASX:MLB), is in the “final stages” of bringing on fresh enterprise talent as it ramps up its ongoing transformation.

The Melbourne IT board of directors began a refresh program about 18 months ago, under the leadership of director, Simon Jones, and CEO, Martin Mercer, in a bid to facilitate succession and close out any gaps in its overall skill mix.

Now, the publicly-listed company has revealed it is close to bringing an enterprise expert on board to help it complete its transition into a full-blown top tier IT services player.

“We have recognised that, with our rapidly growing ES [enterprise services] business, we lack specialist enterprise skills on the board,” Melbourne IT chair, Gail Pemberton, told shareholders during the company’s annual general meeting on 29 May.

“We are in the final stages of recruiting a director with those skills, and hope to announce that appointment in the near-term,” she said.

Melbourne IT’s enterprise services business (ES) operates as an end-to-end provider of digital solutions for the corporate and government market.

Currently, the enterprise services business of Melbourne IT, which includes its Infoready and Outware brands, claims revenues of more than $70 million.

By contrast the company’s small to medium-sized business (SMB) services segment, which operates through brands such as WebCentral, Netregistry and TPP Wholesale, claims over 450,000 direct customers and annual revenues of more than $90 million.

However, the company has been going to great lengths to ramp up its enterprise services division, acquiring other players in the market segment, such as Outware Systems in February and Infoready in March last year.

“Since joining the board, I have observed growing excitement in the business as the tangible evidence of our transformation’s success becomes evident,” Pemberton said.

“I have also observed more and more external validation, excitement, and rising confidence from analysts and the market generally that our transformation is real and we are no longer the Melbourne IT of 20, 10 or even five years ago.

“I think there’s a tremendous opportunity for Melbourne IT to take a leadership position in what is currently a highly-fragmented market,” she said.

The company, listed on the Australian Securities Exchange (ASX), wrapped up a $30 million share capital raising effort on 23 May to fund its acquisition of digital marketing agency, WME Group.

The move brought the company another step closer to building out its managed marketing capabilities and positioning itself as a leader in online marketing solutions for small and medium sized businesses (SMB).

“This acquisition will build on the success we have experienced to date in providing managed marketing solutions for small businesses,” Mercer said when the proposed acquisition was first announced in early May.