Catherine Drayton comes aboard from Europe-based role at GSI 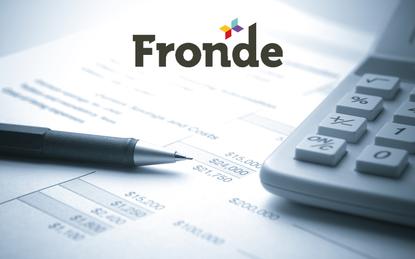 New Zealand-headquartered IT provider, Fronde has named Catherine Drayton as a director and chair of the company’s audit committee.

Drayton is a fellow of Chartered Accountants Australia and New Zealand and also the former partner in charge of the Assurance and Advisory business of PricewaterhouseCoopers (PwC) in Central and Eastern Europe.

Frond said that as a result of these roles, Drayton has significant multi-cultural, multi-jurisdictional managerial, and cross-border transactional experience which will be a great asset to the company’s global presence.

Former Tasmanian Premier and Fronde chair, David Bartlett, said the company was “delighted to attract someone of Catherine’s calibre to the board”.

“Her background and depth of experience in finance and governance, will be a great addition to the board table as we execute our strategy to grow our business in both the public and private sectors throughout Australasia,” he said.

Drayton currently serves as a Councillor of the University of Canterbury, and is a Director of Ngai Tahu Holdings Corporation, Christchurch International Airport Limited, Beca Group Limited, Powerbyproxi and Southern Cross Medical Society.

“I am delighted to take the opportunity to join the Board at Fronde” she said. “Fronde has a focus and ambition to help customers transform their businesses which is compelling, and I’m glad to be a part of it.

"Working with the board and management team to shape and execute on Fronde’s strategy is an exciting prospect to build a prosperous future for all stakeholders,” she said.

The appointment comes after the company saw its third year in a row of declining sales, according to recent figures.

The IT services supplier and Google and NetSuite specialist said in a release that the results "demonstrate increasing profitability and improved results thanks to a focus on transformation of the business".

Gross margin increased from 27 per cent to 31 per cent and cash has been positive since April last year. Fronde carried no debt at full year, the company said.