Why a state of limited competition could occur through cloud consolidation 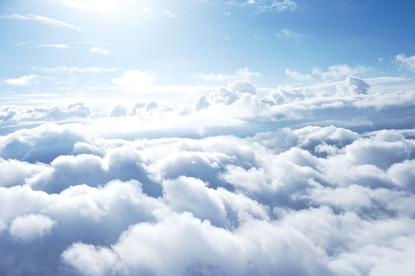 A handful of vendors are expected to share most of the revenues in the ever-increasing and expanding cloud market, with a state of limited competition forecast to occur.

Known as oligopolies, unlike a monopoly, where one corporation dominates a certain market, an oligopoly consists of a select few companies having significant influence over an industry.

Outlined via the release of The Coming Consolidation of Cloud report, Forrester Research identified that in the public cloud platforms, Amazon Web Services (AWS) and Microsoft Azure will capture almost three-fourths of all revenues in 2017.

Meanwhile in desktop applications, Microsoft, Google, and Adobe will have a combined market share of close to 90 per cent.

In the software-as-a-service (SaaS) space, it found that Salesforce, Microsoft Dynamics, and Oracle (after its acquisition of NetSuite) will have close to a 70 per cent share of all SaaS subscription revenues for sales force automation and customer service applications.

In addition, the research firm identified that Adobe, Oracle, and Salesforce are moving closer to a combined 70 per cent market share for SaaS marketing automation.

Furthermore, in the ePurchasing, supply chain management, and Human Resource Management System (HRMS) space, Forrester said the top three vendors will capture about half of all revenuesin each of these categories.

Forrester also found that while Microsoft, Oracle, and SAP remain the dominant vendors for enterprise-class licensed financial management systems (FMS) and Intuit and Sage for licensed FMS for SMBs, SaaS vendors such as Epicor, MYOB, NetSuite (now part of Oracle), Workday, and Xero have made major inroads in that space.

“The incumbent vendors are fighting back with their own SaaS solutions, making this a highly competitive space," Forrester stated.

"A similar story is happening in eCommerce with SaaS vendors like Demandware (now part of Salesforce), FastSpring, and Magento (formerly owned by eBay) pushing incumbents like IBM and SAP Hybris to respond with their own cloud offerings."

According to Forrester, such oligopolies can be advantageous to customers if the largest firms use their position to invest in new and expanded offerings at lower costs to customers.

But it added that they can also penalise customers if those firms collectively agree to raise prices or to neglect to improve their products to maximise profits.

With a handful of large vendors starting to dominate a few sectors of the cloud market and gaining share in others, Forrester mentioned that decision makers need to understand the risks and rewards of cloud consolidation.

“In both the cloud software and platforms segments, there are different risks, rewards, and mitigating factors to consider," Forrester stated.

"Indeed, CIOs and tech decision makers are starting to focus much more on the vendor lock-in risk that goes along with cloud consolidation as they start to move more (and more business-critical) workloads into the cloud."

Furthermore, plans should be in place to increase vendor-management and architecture resources to make sure as many contingencies as possible are covered, alongside building tech budgets that include increases in vendor fees.

In addition to using multiple vendors of public cloud platforms, Forrester advised creating a strategy that includes private cloud as well, backed up by planning long-term commitments to proprietary services.