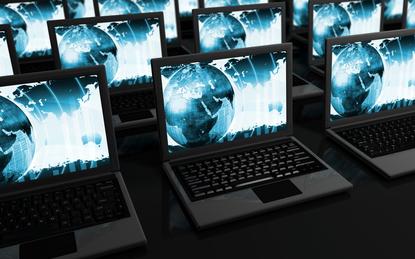 The traditional PC market in Australia is looking positive, unlike the downward trend faced by the rest of the world.

According to IDC research findings, traditional PC shipments in Australia - including desktop, notebook and workstation 0 totalled 981,000 units in the second quarter of 2017, posting a year-on-year (YoY) growth of 3.3 per cent.

Specifically, the overall market was driven by the end of financial year (EOFY) sale across segments as the consumer segment posted a growth of 8.6 per cent YoY.

Despite the positive outlook, IDC research reported that the commercial segment posted a marginal decline of 0.5 per cent YoY, driven by a 9.9 per cent drop in education and a 12.2 per cent decline in the SMB market compared to the same period last year.

Raghavendra said the public sector was a strong contributor to this cycle's success, recording 24.7 per cent YoY growth, aided by large federal government deployments, while enterprise sector grew by 8.3 per cent YoY, due to several notebook refresh cycles.

As for the notebook PC market, it grew by 5.2 per cent YoY.

“The market continues to shift away from traditional notebook to new form factors such as convertible, which grew by 64 per cent YoY,” Raghavendra noted.

"This shift has also resulted in the market moving away from lower price-band to higher price-band category."

In addition, Raghavendra said the desktop PC declined by 0.5 per cent YoY across the country.

"Gaming segment appears to be a beacon of hope for desktop form factor, as this segment grew by 2.4 per cent YoY," Raghavendra added. "With a new processor launch lined up, this segment is set to grow steadily."

From a vendor perspective, HP, Dell and Lenovo held the top three positions, with 27.7 per cent, 18.4 per cent and 16.7 per cent share respectively, followed by Apple and Acer with 13.2 per cent and 9.8 per cent.

Specifically, Lenovo gained 2.8 per cent share in comparison to previous year, where it faced shipment issues.

IDC also reported that Dell’s “strong performance” in the public sector enabled it to gain a 1.9 per cent share from the previous year.

At the leading end of the market, HP retained the top position, although it lost a 0.6 per cent share compared to previous year, while Apple’s remained flat.