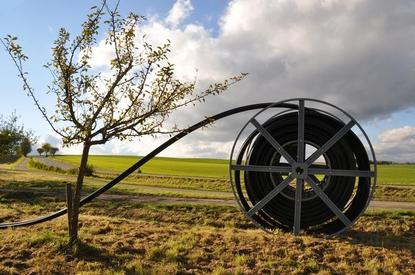 A new report by the Parliamentary committee conducting an inquiry into the National Broadband Network (NBN) has called for more fibre to be used in the remainder of the rollout.

The Joint Standing Committee on the NBN, which has been undertaking an inquiry into the network's rollout released its first report on 29 September, detailing 23 recommendations, some of which raise serious questions over the technology make-up of the rollout thus far.

Key to the list of recommendations is the committee’s suggestion that the Federal Government direct and enable the company behind the NBN, nbn, to complete as much as possible of the remaining fixed-line network rollout using fibre-to-the-curb (FttC) technology, or fibre-to-the-premise (FttP), and has called for nbn to produce a costed plan and timetable under which that would be achieved.

“The committee heard evidence from a number of witnesses to the effect that the cost-per-premise of FttP has decreased by as much as 40 per cent in the course of the rollout in other countries," the report stated.

"It appears the per premise cost that nbn attributes to FttP has not changed since 2013."

This stance seems to contradict much of the current government's rationale behind abandoning the previous government's mostly FttP NBN rollout plan, and replacing it with a rollout that included a mix of technologies, some of which involve the use of Telstra's legacy copper network. This decision was ostensibly taken in a bid to save money and time.

The resulting so-called Multi Technology Mix (MTM) rollout has met with no small amount of controversy over the long-term capabilities such a network will provide the Australian public.

Among the other recommendations put forth by the committee was the call for regulation of broadband wholesale services be overhauled to establish clear rights and protections for suppliers and end users of NBN broadband services.

According to the committee, this framework should include: service connection and fault repair timeframes; minimum network performance and reliability; and compensation arrangements when these standards are not met.

The committee has requested that the Department of Communications and the Arts brief it on progress in developing these protections by December.

The committee also suggested that the Federal Government require nbn to develop a plan that would provide access to the network's fixed wireless towers for the provision of mobile telephony.

In addition, the committee has also recommended -- in light of recent results and developments -- that the government commission an independent audit and assessment of the long-term assumptions underpinning nbn's financial projections and business case as set out in the Corporate Plan 2018-21.

In summary, the 200-odd page report brought together evidence received about the market, industry and regulatory characteristics of the rollout, the customer experience and the faults and customer data currently available, among other things.

“Evidence to the inquiry indicates that nbn is cognisant of the need for upgrade pathways, but regards such upgrades as being dependent on market conditions rather than a matter of fundamental infrastructure quality, and has made no specific provision in terms of planning or funding for any such upgrade,” the report added.

The review itself took roots on 14 September 2016, pursuant to the agreement of the House of Representatives and the Senate, when a committee was established to inquire into and report on the rollout of the NBN.

In total, the committee received 191 submissions to its inquiry from a range of individuals and organisations, which were considered before the creation of this inquiry.

The committee, in the report, has also recommended that nbn and its retail service providers (RSPs) develop business grade products specifically designed for the small business market, which provide service guarantees and remedies.

It  should be noted that, just days before the release of the report, nbn revealed that it has overhauled its wholesale pricing model to help NBN resellers package up plans targeted at medium and enterprise businesses, starting 1 October.

“Today’s announcement demonstrates our ongoing commitment to adapt and optimise our products and pricing in order to keep up with market trends,” nbn’s executive general manager, product, sales and marketing for business, Ben Salmon, said previously.

However, as a result of the review, the committee mentioned otherwise.

“The committee is of the view that the quality and service issues identified in this report were foreseeable and should have been identified and addressed systemically a lot earlier.

“The failure to ensure end-users are in a position to navigate the NBN migration process when coupled with the quality and service issues has caused a lack of confidence in the NBN, which in turn has likely affected the public appetite for higher speed broadband packages,” the committee said, in the report.