The 2017 ARN Women In ICT Awards (WIICTA) are now open for nominations, and will run until Monday, October 30 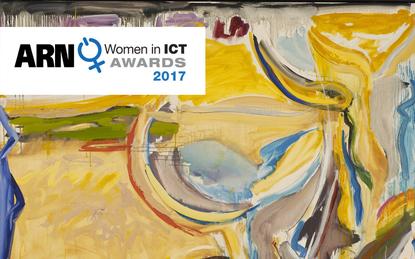 Nominations have officially opened for the 2017 ARN Women In ICT Awards (WIICTA), celebrating gender diversity and recognising female excellence in the Australian channel.

In its sixth year, the awards acknowledge the achievements of a talented group of female front runners who have become influential figures across the local ICT industry.

For over 25 years, ARN has faithfully chronicled the role of women in ICT, with WIICTA providing a program that promotes and recognises the professional achievements of those within the industry.

From an awards perspective, nominations can be submitted for a colleague, by an employee, employer, business partner or individually.

Nominations close on Monday 30 October, and the winners will be announced on November 24, at a celebration lunch at the Hilton Ballroom in Sydney.

There are eight awards in 2017, of which seven are open for nominations.

The Achievement award recognises the candidate showing outstanding commitment to the ICT industry through continuous career development and professional achievements.

The candidate will have risen to a senior ICT role, earned a reputation as an esteemed thought-leader and recognised as a leader in the industry, and may also act as a role model/mentor to other aspiring female managers.

The Rising Star award recognises the candidate with a commitment to continuous career advancement and a proven desire to reach the next level of professional development.

The candidate - who has been working in the ICT industry for less than 10 years - is growing quickly in importance in the ICT field, demonstrating outstanding business acumen and professional integrity.

Due to an overwhelming number of strong female contenders in the Rising Star category, we created a new category. We now have an additional Shining Star award for great performers with more than 10 years in ICT.

The Entrepreneur award recognises the candidate who has achieved outstanding results in the ICT industry; an enterprising individual who has achieved success through risk-taking and initiative, often shattering the status quo in business in order to set up new ventures, products or new services.

The Innovation award recognises the candidate who is a stand-out in delivering ‘big picture’ ideas and vision in the ICT industry, thereby responding to change and discovering unique and challenging business opportunities.

The candidate will show a proven track record of finding new and better ways of doing business, continually pushing the envelope in the ICT industry.

The Technical award recognises the candidate who has excelled in the IT and engineering segment of the market, demonstrating a proven depth of knowledge and abilities.

The candidate will demonstrate excellence in problem-solving and decision-making skills, and an exemplary level of accomplishment in job performance.

The Community award recognises the candidate with exemplary service to the ICT sector, through philanthropic initiatives and efforts to foster a positive working environment for women in IT.

The goodwill ambassador will be actively making a difference in the IT community, working towards the advancement of women in ICT, and going above and beyond to give back to the community.

This award is not open to nomination, with the candidate selected by ARN president and publisher, Susan Searle, and ARN Hall of Fame inductee Ross Cochrane.

The Lifetime Achievement award recognises the candidate with outstanding and unwavering dedication and commitment to the ICT industry.

The award also recognises the candidate's lifetime contribution to enriching the ICT channel through many career milestones, highlights and notable achievements - the award recognises the recipient's dedication to promoting excellence in the channel.