David Jones dives back into tech with November relaunch

Under the banner of David Jones Technology, the retail giant will offer a selection of consumer products 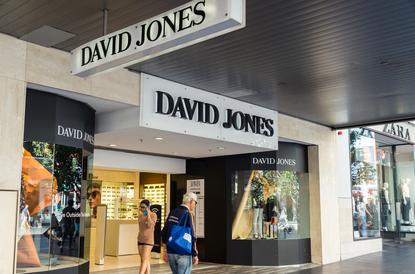 David Jones is returning to the technology market through the launch of a premium electronics range, delivered through select retail stores and online from 9 November.

Under the banner of David Jones Technology, the retail giant will offer a selection of consumer products including AV, smart home and personal offerings.

“We have created an entirely new experience for our customers which brings together the latest and best edit of audiovisual and technology in an interactive environment,” David Jones CEO David Thomas said.

“Our aim is to provide customers with an elevated offering through a combination of curated premium product, an interactive in store experience, expert advice and specialised after sales service.

“We’ve made a significant investment in our Technology team and worked closely with each of our brand partners to ensure a new level of bespoke service for our customers.”

The return to technology comes four years after the department store signed a deal with now failed electronics retailer Dick Smith, to operate its technology offering.

As reported by ARN however, the embattled retailer closed its network of stores in January 2016, with receivers determining that they would no longer continue to operate the 27 David Jones Electronics Powered by Dick Smith concession stores, contained within David Jones department stores.

Furthermore, the business will also attempt to leverage connect home technology through the availability of products such as Google Home, bolstered by state-of-the-art concept rooms demonstrating technology live for customers.

With more than 40 stores across the country, David Jones was acquired by South African retail group Woolworths Holdings Limited for $2.2 billion in 2014.