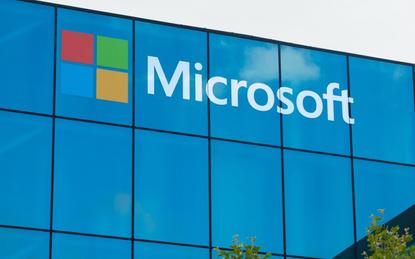 Microsoft and SAP have announced they will be deploying each other’s’ cloud solutions internally, following the announcement that the two vendors have integrated SAP HANA Enterprise Cloud on Microsoft Azure.

Both parties will run S/4HANA on Azure for their internal operations, with Microsoft in the middle of transforming its internal systems, which include legacy SAP finance applications, and the implementation of SAP S/4HANA Finance running on Azure.

While Microsoft deploys S/4 HANA on Azure, SAP is migrating more than a dozen business-critical systems to Azure.

“Building on our longtime partnership, Microsoft and SAP are harnessing each other’s products to not only power our own organisations, but to empower our enterprise customers to run their most mission-critical applications and workloads with S/4HANA on Azure,” Microsoft CEO, Satya Nadella, said.

Both companies will document the internal projects to provide customers with guidance and enterprise architecture for the deployment of SAP applications on Azure.

“We are taking our partnership to the next level with this new capability to run SAP S/4HANA in the Microsoft Azure environment,” SAP CEO, Bill McDermott, said.

SAP also announced that SAP Ariba is currently utilising Azure and is exploring further use within its procurement applications.

Microsoft and SAP also announced they will co-engineer go-to-market solutions starting with the availability of Microsoft Azure as a key public cloud infrastructure platform for SAP HANA Enterprise Cloud. With SAP HANA Enterprise Cloud, which is vendor’s private managed cloud service, integrated on Azure customers will be able to run SAP S/4HANA in a “secure and managed cloud”.

Customers will get application management and product expertise from SAP and a global cloud from Microsoft Azure, including the range of Microsoft cloud services.

Azure is available today as a public cloud infrastructure option for the SAP HANA Enterprise Cloud and will be available as a native offering from SAP in 2018.