Dell Technologies revs up its channel with new programs and incentives 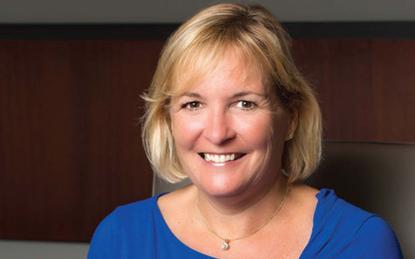 Dell Technologies, a long-time pioneer of direct sales models, is pushing channel growth hard, announcing a series of new programs and incentives to drive partner profitability across the market.

“At its core, the Dell Technologies business addresses this need and uniquely enables partners with the products, services, financing and programs to make them successful.”

While Dell Technologies' businesses will continue to have their own independent channel programs, the new framework will make it easier for partners to work across the family of vendors.

Furthermore, the new framework also will complement the core Dell EMC Partner Program, which is also being boosted with new capabilities, offerings and incentives.

Collectively the new initiatives aim to fast track channel partners’ delivery of digital, IT, security and workforce transformations for customers.

“We’ve seen tremendous growth and momentum over the past year," Mullen said. "Our partners continue to grow their businesses; however, we know there is still massive opportunity in front of us."

While Ready Stack partners receive incentives for selling the Dell EMC portfolio, they can sell their own incremental services, including deployment services as an accredited Dell EMC partner.

A growing library of content, including best practice design and deployment guides, will also help partners lower risk, expand customer conversations and simplify deployments for customers looking to "build" infrastructure as an alternative to turnkey converged and hyper-converged infrastructure.

Such build opportunities account for a significant portion of the overall US$6 billion certified reference systems and integrated systems market, according to IDC.

Dell EMC claims to lead this market, most recently with 42.9 per cent share in the fourth quarter of 2017, with further room to grow in certified reference systems.

Dell hasn't reported results in New Zealand since the year ended 31 January 2015, when it recorded total revenue of $9.1 million.

The Global Partner Summit is now part of an expanded company-wide event called Dell Technologies World, with chairman and CEO Michael Dell outlining that 14,000 visitors were expected to attend, with a further 35,000 participating on live streams or video.

According to Jeff Clarke, vice chairman, products and operations, Dell EMC currently has the number one worldwide market share in key areas like servers and storage.

“When the first calendar quarter 2018 industry market share numbers are final, we expect to increase our worldwide PC market share for the 21st consecutive quarter, and gain share in servers and storage,” he explained.

Partners now will have access to four new competencies in the second half of the year in addition to a new Internet of Things competency launched this week.

Other competencies to be added throughout the year will include: high performance computing; data analytics; business applications, and security.

Of further note to the channel, Dell EMC will also expand services deployment competencies, which it said enabled engaged partners to double the average size of their deals in the last year.

Delving deeper, the new program will offer bigger and better promotions with up to three times bonus payout and simplified, fast rewards claims.

Rob O'Neill travelled to Dell Technologies World as a guest of Dell EMC.