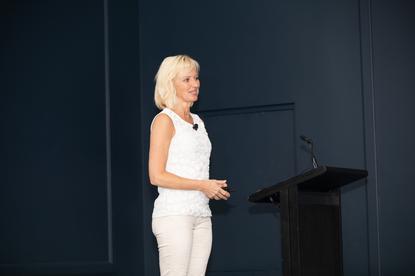 “R” is for radical

The message is simple: When you get it wrong in public, you pay for it. Take for example, the reaction in April 2018 when video of a passenger being physically removed from a United Airlines flight went viral. The footage, which showed the passenger battered and bloody for refusing to give up his (paid for) seat on an overbooked flight, kicked off a global wave of anger at United, and led to it initially losing $US1 billion in its market cap before steadying at a loss of about $US250 million.

Combine some of the other traits of the modern customer – that they are more mindful, tribal, and ethical – and it brings us to the final characteristic: They are more radical, according to Rademaker said.

“Customers are now responding ruthlessly – they know they can kill a brand overnight,” she said.

An example of how the customer response to a product or event can escalate out of a brand’s control is “review bombing”. When a company does something a large community online doesn’t like, the group can use online review locations, such as Amazon, to leave a wave of negative reviews. Because online communities have become “tribal”, people who haven’t even used the product will also be whipped into action and leave a negative review.

There are times when this action isn’t either reasonable or justified. For example, the recent Captain Marvel film was review bombed by an anti-feminist movement because it had a woman protagonist. It shows the kind of risk management challenge brands now face in providing products to consumers, and interacting with them.

Organisations in any field – including the channel – need to develop a deep understanding of their core audience and, most importantly, they need to understand where the risks lie of triggering a widespread negative response within that audience.

Take a look back and see what E stands for in the series.