DXC sets Origin Energy up for VMware Cloud on AWS

Set move from pilot phase to a larger deployment 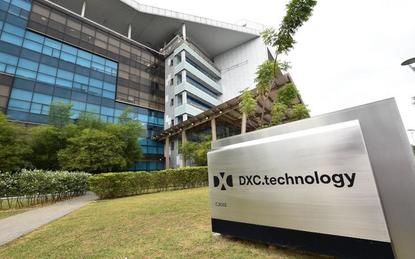 Origin Energy has been leveraging its long standing relationship with DXC Technology to help achieve its 2022 ambition of shifting workloads into the cloud.

In a proof of concept (PoC), DXC’s vice president and general manager of VMware’s integrated practice Jeff Moyer said it had already begun moving roughly 100 workloads into the VMware Cloud (VMC) on AWS environment for the energy provider with “little to no impact or outage as they made that move”.

Specifically the DXC Managed Services for VMware Cloud on AWS includes an integrated set of value-added base and optional services; management and control across workloads; cost-competitive consumption-based model; seamless application migration and native adjacency to innovative with AWS native services.

“We’re now shifting from PoC into a larger deployment and larger scale movement over time time to get them up into the VMC environment,” Moyer told attendees during VMworld 2019 in San Francisco.

“We're working with VMware using VMC on AWS to come up with an interesting value proposition that we're now positioning for them and executing to move them out of their data centre, move them up into a public cloud using the VMware stack of tools, and putting them in a hybrid IT management environment.”

Moyer disclosed that Origin presented some solid challenges and outcomes they were expecting from the project, which involves moving them from their on-prem data center which had some capacity constraints without any business impact and opportunity to build modernize applications with high speed low latency access to AWS cloud native services.

“Moving them into the VMC on AWS environment gave us an opportunity to leverage the built in capability of that platform, do some micro segmentation for them to create application level security zones, as they made that move over into the public cloud,” Moyer said.

On top of this, Origin also wanted to preserve their investment in VMware and work they had done within vRealise Automation and vRealise Operation.

“That wasn't thrown away, we were able to preserve that as we moved them up into this cloud native model,” he said.

“The offering we've been developing from a DXC perspective is managed services for VMware anywhere. We don't care where the landing spot is, if it's in AWS, VMC on AWS, if it's VMC on Azure, Google Cloud, private cloud - any locations that the client wanted to land, we are able to manage that environment and preserve that investment clients are making, so they are able to shift workloads up into the cloud pretty efficiently,” Moyer said.

Moyer said for this particular use case, it wasn’t using DXC data centres, but the customer was using HCX technology (an application mobility platform) that was built into VMware, to help move data and workloads across, seamlessly, and providing a logical view of their environment.

“That allows us to really help them manage their workloads and manage their profile as they deem fit,” he said.

VMware senior solution engineer Anuj Gupta further honed in on the crucial aspect of HCX technology for the customer.

“While HCX helped them to migrate their on-premises environment to the cloud, it also retained all the historical performance data inside vRealise Operations. The customer’s ability to compare the performance of the workload, between the on-prem environment as well as once the workloads start moving to VMC on AWS, is a great win for them,” Gupta said.

Furthermore in partnering with VMware, Moyer said it was able to architect some professional services, where Origin could analyse what made sense to move into the public cloud, straight on the VMC environment, and make other suggestions around what needs to be re-hosted re-factored, and recognise opportunities to move apps into a SaaS model, completely retire them from their portfolio, and have them cloud native.

“Using the VMware technologies, they can see that, they can operate that and they can make those decisions and take action on it, before it becomes a problem for them or before they have significant issues,” he said. “It’s been really a value add for the client.

“The VMC on AWS is one of the key components that we’re using to help clients manage their assets in a private cloud as well as move them up into the public cloud as they go forward.”