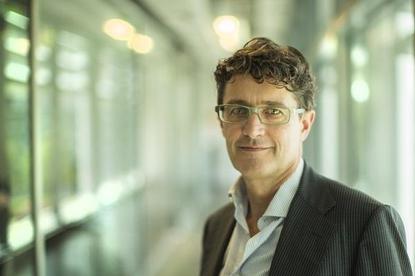 The CEO of publicly listed Arq Group, Martin Mercer, will be stepping down as the company continues to face challenging trading conditions within its enterprise business.

The search for a new CEO is currently underway with Tristan Sternson stepping in as interim CEO. Sternson was the founder and managing director of InfoReady, a company that was acquired by Arq in 2016 for $15.4 million.

“Over almost six years, Mercer has led a major reshaping of the company,” Arq Group chair Andrew Reitzer said. “We have grown from a team of about 250 people selling domains and hosting services, to a team of approx 750 people supporting businesses of all sizes in their digital transformation. On behalf of the board, I thank Martin for his leadership and wish him all the best.”

Mercer’s departure comes as Arq Group experienced a deterioration in trading conditions within its enterprise business and has announced the appointment of Macquarie Capital to undertake a strategic review to explore all avenues for “shareholder value creation.”

In statement to the ASX, Arq said market conditions had softened markedly within its enterprise segment and it became clear that the forecast revenue growth for the second half of 2019 would not be achieved.

“Guidance provided in June 2019 anticipated growth from existing and new accounts and unfortunately this is tracking below expectations,” Arq Group said. “In addition a number of existing customers are reviewing their expenditure, during which time they’re pausing their existing work or deferring the commencement of new work.

“These headwinds coincide with an increasing focus on costs across a range of sectors including banking, finance, aviation and telco."

Furthermore, Arq said margins in the enterprise division are adversely affected by an overhead structure that is more appropriate for a larger business. Since June, about $1.2 million of overhead costs have been removed.

The SMB division is trading inline with previous forecast of between $9.7 million to $10.7 million of core underlying EBITDA for 2019.

During his time at the helm, Mercer has seen the company through many acquisitions as well as a company rebrand from Melbourne IT to Arq Group in 2018.

In June, the company revealed a new organisational structure that saw a flattening and broadening of its leadership team with two senior executives departing the business.

In May, Arq also divested its TPP Wholesale reseller business in a bid to cut its debt following a period of plummeting profits, selling it to London-based domain hosting registry CentralNic Group for $24 million.