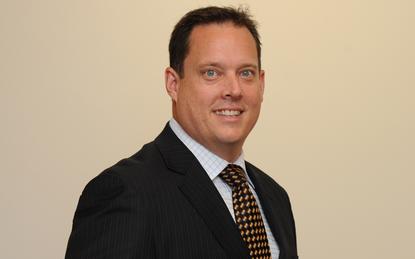 With a channel heritage stretching back decades, Hewlett Packard Enterprise (HPE) is often ranked as gold-standard in terms of partner engagement.

A champion of the supply chain and endorser of the ecosystem, seldom is the technology giant - bar the occasional isolated incident - accused of adopting a direct go-to-market stance.

In Asia Pacific, the channel accounts for approximately 85 per cent of revenue, comfortably ahead of global figures of roughly 72 per cent. All up, market momentum appears strong.

“The two biggest criticisms of HPE are that we are too slow to give pricing and too slow to give deal registration,” acknowledged Scott Morris, vice president of channels across Asia Pacific at HPE.

A refreshingly honest admission from a regional leader perhaps, but for Morris - speaking to Channel Asia at HPE headquarters in Singapore - more work is required to maintain high channel standards.

“We rank very highly on NPS [Net Promoter Score] and are lightyears ahead of our nearest competitor but we are still only as good as our last deal,” Morris cautioned. “If we didn’t provide pricing fast enough or partners couldn’t deal reg in time then the channel doesn’t care how good we say we are.

“We have a lot of work to do and our priorities in the channel are simple. Far too often as vendors, we try to find the most complex ways to engage, but our approach comes down to three core objectives.

Morris’ approach - built through more than 25 years of in-market experience - is centred around a desire to remove complication in a channel becoming more competitive by the day. A strong technology stack is one thing, a simplified partner engagement model is another matter entirely.

“I believe those three aspects are critical to our success, whether that’s in sales, channel, operations or back-end functions, we have to keep checking ourselves and focus on simplicity,” he added. “We are recognised as a mature and long-standing channel-centric vendor, this is baked into our DNA.

“But I’d argue lots of partners don’t even know about our key priorities and aren’t always aware of the incentives we are driving, such as Tech Pro or Sales Pro. We have to do a better job of instilling why are we aligning to these initiatives and processes.

“During the past two years we’ve worked hard to take away a lot of the noise for partners and create genuine intent behind the programs we’re driving, and place big rewards behind big change.”

Central to this is a partner program adhering to such principles, amid plans to create more consistency across the world.

“We can’t be all things to all partners and we’re trying to achieve 80 per cent consistency of channel programs globally,” explained Morris, who joined the business through the acquisition of SimpliVity in January 2017. “When I started in Asia Pacific we easily ran 27 different programs, they were all called the same thing but each country had morphed into something separate.

“What was being rolled out in Malaysia, was completely different to that of Thailand, Indonesia or New Zealand. Program mechanics are ultimately 80 per cent the same everywhere, the key is overlaying the unique 20 per cent specific to each country.”

Morris said the HPE ecosystem in Asia Pacific is both wide and varied, spanning value-added resellers, system integrators and managed service providers, alongside independent software vendors, distributors and global system integrators, among others.

“We need to both recruit and enable our partners,” he said. “Think of the channel as a bucket. Naturally, the bucket always leaks, we have holes in the bottom the same as any other vendor, with partners being dragged out by competitive players. We also have partners leave because they legitimately believe they can be better served elsewhere.

“But on the flip side, we are also targeting the largest partners of Dell Technologies, and those providers in the unified computing system (UCS) space focusing on Cisco. As we bring in niche products through acquisition, we equally find even bigger buckets of partners that are now relevant to our ecosystem.”

During the past two years, HPE has adopted an acquisitive approach to growth in the market, evident through the buyouts of SimpliVity, Nimble Storage and MapR, in addition to Cray, BlueData and Plexxi.

“As we acquire, we have to be mindful of levelling the field among partners,” Morris added. “For example, SimpliVity was chalk and cheese compared to HPE in terms of size and scale, but we ensured partners were rewarded based on skill and capabilities, not just revenue.

“That’s how we are transitioning our program which means that a million-dollar hyper-converged partner can still be ranked as platinum because of hyper-converged consulting skills, rather than just being a large partner with large revenue numbers.

“We’re also looking as to how we incubate our gold and silver partners, and potentially even down to business partner level, to ensure we have an appropriate blend of niche providers and the traditional big players.”

In looking ahead, Morris said plans are in place to drive the percentage of revenue delivered through the channel in Asia Pacific to above 90 per cent.

“Our numbers are consistently growing in that respect and we haven’t set a limit,” he said. “There’s no reason why we can’t keep pushing this number higher providing our ecosystem continues to add value along the way.”