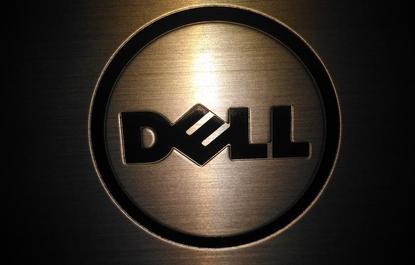 Australia and New Zealand are to become test-beds for a potential re-think of regional partner investment by Dell Technologies.

The vendor giant is hoping to “rebalance” the equation between global channel players and regional companies and is likely to use A/NZ as a use case for any change.

Speaking to ARN, Dell’s SVP for global alliances, service providers and industries Jay Snyder said he was currently “studying” the region”, calling Australia the “epicentre of use cases”.

“A/NZ embraced cloud early and we have a set of partners here who have done phenomenal things for Dell and we are very tightly wound together,” he said.

“But if their business peaks at say $20 million dollars and our metal tier requires you to spend more than that to get to the highest tier, it’s impossible to ever get there. So we want to do something that helps us get there. Australia is at the epicentre of these uses cases and I’m using here to see how we can make things more balanced.”

However, he acknowledged that implementing any regional changes to specific countries and markets can become a “struggle”.

“You have to consider how many countries you can fit in that decision,” he said “Can you have a program that fits across 100 countries uniquely? It becomes an operational nightmare, so this is the balancing act.”

Snyder was a 16-year veteran of EMC when he joined Dell following the former’s US$67 billion acquisition in 2016.

Commenting on recent moves that have seen EMC take back seat following the vendor’s rebrand from Dell EMC to Dell Technologies, Snyder reiterated that “we are very clear in each company what we do and have our own sales targets”.

However, he claimed the companies, which includes VMware, now “partner together better”, citing the enhanced Dell Technologies Cloud platform as an example of this.

“Cloud was a true Dell Technologies solution - co-engineered by Dell EMC and Vmware and will be sold by both,” he said.

“We’re training and pushing our sellers towards a multi-cloud environment and are starting to see a lot more momentum from our cloud service providers.”

He also addressed anecdotal criticism from Australian partners about diminishing profitability and margin dictation as a result of EMC and VMware’s further immersion into Dell.

“There is no ‘under Dell’ — it’s one company and one program,” he said. “There’s nobody with a Dell hat on behind a curtain dictating how things are going to be done. It’s a collaborative process to drive partner business and allows our partners to drive our business.

“I believe that in the last year that our partners have become more profitable this year under the new program.

“There has also been a huge shift in the market around the technologies being consumed: you think about the profit pool around a high-end storage array and that around hyper-converged, they’re just not the same.

"It is a new world and all those technologies are not created equal. You have to pick where you want to play and probably need to take more of a blended view rather than a particular product view.”