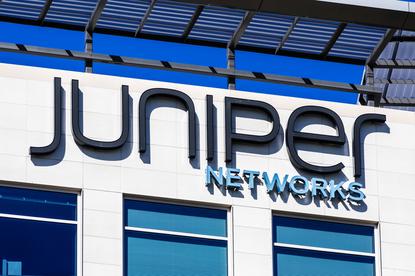 Juniper Networks is continuing to spread its artificial intelligence (AI) across the enterprise by adding support for wide-area-networks (WAN) and a new, more conversational interface to its advanced management platform.

The moves are a plan the vendor has been implementing since buying wireless and AI software maker Mist in 2019 for $405 million. Mist’s cloud-based Wi-Fi Assurance system includes the company’s Virtual Network Assistant, an AI-based engine called Marvis that features dynamic packet capture and machine learning to automatically identify, adapt to and fix network issues.

Since buying Mist, Juniper has added Wired Assurance to tap into core network routers and switches to gather telemetry data that measures network performance for connected endpoints, including Internet of Things (IoT) devices, the company said. It also has brought its Security Intelligence (SecIntel) security package to the Mist platform for wireless access.

And now it has rounded out its offerings with WAN Assurance, a new cloud-based service that will gather telemetry data from Juniper SRX, Contrail and other WAN gear and pass that information to Marvis.

Marvis understands what's normal activity on the network, looks for anomalies, and offers suggestions to fix problems and ensure WAN service levels. In many cases Marvis can respond without human intervention, Juniper says.

“WAN Assurance lets Marvis look at and learn the WAN components, get a level-set and then can auto-heal problems or let IT spot and resolve problems quickly,” said Manoj Leelanivas, executive vice president and chief product officer at Juniper.

Gaining information on how the WAN is performing and quickly handling fault resolution or anomaly-detection issues from branch offices and cloud connected systems such as AWS or Microsoft Azure helps customers optimise the network, Leelanivas said.

Experts said Juniper now has a full menu of options for its management system that can help IT workers get a handle on wired or wireless problems from work-at-home users to the branch and campus.

“Adding WAN to its AI-augmented management system allows Juniper to offer a single pane of glass management system for its wireless, wired, security and WAN systems -- this simplifies the task of deploying, operating and troubleshooting and organisation’s network infrastructure,” said Chris DePuy, technology analyst and co-founder of the 650 Group.

“As organisations connect to a growing number of software services and cloud-hosted computing systems, the complexity of maintaining consistent wide-area connections is growing.  And, with more workers taking their computers and portables devices home and to mobile environments, the number of sites is also growing.”

Accompanying the WAN Assurance announcement Juniper has also bolstered the  conversational or Natural Language Processing abilities of Marvis. Specifically, Marvis can now more closely understand the intent behind IT questions and offer more nuanced suggestions on how to fix problems based on its access to a large knowledge base, Leelanivas said.

The enhancements also let users give feedback on whether Marvis answered the right question or gave the correct root cause so that it continues to learn – a key requirement for AI-driven support, Leelanivas said.

The enhancements, which are expected by the end of the year, give Juniper an important tool to go up against competitors such as Cisco, VMware, Aruba, Palo Alto, Fortinet and others who are pushing AI and machine learning technology features in their own product families.

Most recently Aruba introduced its Edge Services Platform (ESP), which the company said can analyse telemetry data generated from WiFi or network switching gear and use it to automatically optimise connectivity, discover network problems and secure the overall edge environment.

ESP not only builds a data lake of a customer’s data centre, campus, and SD-WAN information, but it also combines it with statistics from some 1.5 billion data points generated daily by Aruba devices worldwide. ESP then applies its AI and machine learning algorithms to troubleshoot issues before they become problems, Aruba said.

“Juniper has a relatively smaller installed base than some competitors, and as such, it has to displace competitors or find new “greenfield” opportunities,” DePuy said. “Despite this challenge, the company has had surprising success in signing up Fortune 500 class of customers in the logistics, retailing, and high-tech verticals.”