The chip shortage is real, but driven by more than COVID

Demand for lower-end processors and a belief that the supply chain would never fail have fuelled shortages. 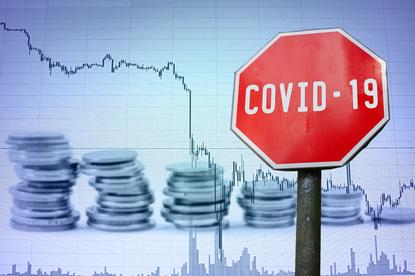 By now you’ve undoubtedly heard the complaining about computing parts shortages, particularly from gamers who can’t get modern GPU cards and from car makers, since new cars these days are a rolling data centre.

The problem is also affecting business IT but in a different way, and there are steps you can take to address the problem. The first step, though, is patience. This shortage isn’t due to staffing or fabs being out of commission, it’s that demand is so high that it’s leading to very long lead times.

That delay can mean 36 weeks, according to Mario Morales, program vice president for the semiconductor and enabling technologies team at IDC, with the demand for components “seeing untempered demand.”

One contributing factor for enterprise suppliers is that chip makers are playing favourites, says Vladimir Galabov, principal analyst in the Cloud and Data Centre Research Practice at Omdia. For example a CPU with an attached support processor that costs thousands of dollars might get priority in the production queue over a CPU that costs $100 or $150 for a car or a laptop.

“So as a result, at the very high end of the enterprise market data centre workloads have really been prioritised,” he said.

The result is it is easier to get servers, network equipment, and storage arrays but the bigger challenge has been in the client space of the enterprise market, with things like laptops and desktop computers in short supply, Galabov said.

Reports have said SMBs are feeling supply shortages the worst because major OEMs favuor their enterprise customers, but Ali Fenn, president of enterprise equipment reseller ITRenew, said the impact is being felt even in enterprises.

“We compete with Dell, and HP, and Lenovo, and we're absolutely seeing major enterprise customers who are saying, ‘I can't get stuff for four months, for six months,’” she said.

Those enterprises, though, are still under pressure to grow and carry out digital transformation, and face long wait times. “I would say for sure it is not hitting the hyperscalers, the largest cloud service providers, but I think it is hitting enterprise,” she said.

The reason for the shortage, both consumer and corporate, has been blamed on COVID-19, but that is only one factor. First and foremost, this is not a shortage in the traditional sense. It’s not like TSMC can’t make chips, although a brutal drought in Taiwan is causing problems for the chip maker.

The problem is that demand is so great that existing production capacity can’t keep up. Before there was COVID, digital transformation was driving sales.

“There was a pretty large movement in the enterprise towards more digitalisation across different sectors of the markets in different verticals,” said Morales. “I think the pandemic only accelerated that,” he said.

Another problem facing chip makers is that demand for processors was across-the-board, much of it for older technology that isn’t the first choice for what the vendors would like to sell.

Intel, TSMC, GlobalFoundries, Samsung, and other advanced chip makers are pushing into 7nm and 5nm designs that smart refrigerators and cars don’t need. They do fine with 40nm or 28nm designs, and no one is investing in more fabs to make more. So the existing older fabs will continue to run at full capacity for the foreseeable future, with no room for error and no plans to build more.

So what can companies do to address this supply constraint? For starters, get more involved in your order process, said Gary Marks, president of Opengear, which makes business-continuity products.

“We're telling customers--and our sales people and everybody that touches the customer--the more visibility we have in your needs and the more you can tell us what your true need is, we can try to allocate better,” he said.

Marks said that just-in-time procurement has made people lackadaisical, but chip factories hit by COVID-19 and a shipping vessel that got stuck in the Suez Canal threw cold water on that notion. “I think a lot of companies took for granted supply chain and the delivery of these sorts of things,” he said.

Bill Richter, CEO of Qumulo, which makes software storage systems for unstructured data, has heard of delays from network equipment vendors of up to six months. His advice to customers? Get their orders in early. “This is not the time to wait until the last minute, because these shortages are real,” he said.

But he also says there is a little hysteria at work as well. “I think the news can be worse than the reality, particularly as suppliers ramp up. But that's certainly the state of the market right now. What's this doing to initiatives, projects, and so forth? Is it stalling them?

"Are they canceling project and initiatives? Are they just holding off and waiting until they get what they need? No, I think customers are rethinking their approaches to managing it in a more fundamental way,” he said.

Richter said what’s biting some customers is that they are locked into a single vendor. “When you experience a supply chain shortage, and you realise that you're single-sourced through a supply chain. That’s when customers are recognising the risk of those legacy approaches,” he said. Qumula diversifies its suppliers and runs on AWS, HPE, Dell, Quanta, Western Digital, and both Intel and AMD.

Another solution for data centre capacity and application hosting is the cloud, since the hyperscalers like AWS, Microsoft, and Azure aren’t hurting for equipment. If you can’t get a storage array or network firewall, the cloud providers have them.

Cloud can offer flexibility and a quick solution to the demand for hardware that the supply shortage is creating. “It very well may be that that's temporary, and those workloads make their way back on-premises, but having the optionality is the key for customers.” he said. Having fewer alternatives means more risks.

Morales’s advice for mid-sized companies that are more likely to feel the pinch is to stay close to your supplier to understand exactly what demand it actually faces. Also, don’t over order in hopes of encouraging more production because suppliers are aware of that strategy.

They are going back to customer and saying that before they’ll provide components, the customers have to prove they have the demand to absorb the increased supply. The providers are saying, “if I'm building this stuff for you, and you're going to tell me that that the customer doesn't want it anymore I'm stuck with this,” he says.

Galabov and Morales both see the supply chain starting to normalise next year, with a full return to normalcy in 2023. Until then, plan accordingly and take a long view.