Is SD-WAN out to kill MPLS?

Which is better: SD-WAN or MPLS? The answer is that it depends–on cost, the demands of mission-critical apps, need for centralised management. 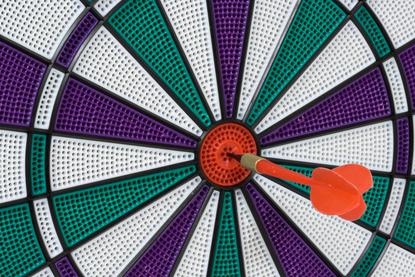 There is arguably no networking technology surrounded by more hype than software defined WANs (SD-WAN), and much of it is well deserved.

A significant number of network professionals either have an SD-WAN deployment underway or on their near-term roadmap. The reason is that SD-WAN architecture is optimised for cloud computing while legacy WANs were designed when client-server computing was the norm.

As work-from-home has shifted more apps to the cloud, the adoption of SD-WAN has accelerated.

Is SD-WAN an MPLS killer?

The short answer is, “No.” The reality is the two technologies are complementary, so it’s important to understand how to use each to design a network that provides not simply the best possible price, but the best price—performance.

Still, many SD-WAN vendors have been positioning SD-WAN as an MPLS killer because the newer technology can leverage multiple broadband circuits to connect branch offices.

The thesis from much of the vendor community, particularly startups, is that businesses can ditch their traditional MPLS network and save a significant amount on telecom charges. It’s true that broadband circuits are cheaper than MPLS, but that doesn’t mean MPLS no longer has a purpose in enterprise WANs.

MPLS (short for multi-protocol label switching) is a network protocol that controls the flow of traffic between two locations. MPLS networks are dedicated, private networks and use advanced routing protocols to send varying types of traffic across the network using different paths.

For example, video and voice need a low-latency route to ensure performance is high, but general internet traffic might take a more congested route because delay is not such an issue. The benefit of MPLS is it guarantees fast, reliable packet delivery, making it ideal for high-performance or real-time applications.

The downside of MPLS is cost, which can be significant for long distance, global connections.

One characteristic traditional MPLS networks have is that it uses an active -- passive architecture. This means enterprise customers have to buy two links but can only send traffic over the primary one unless it fails completely; only then is traffic rerouted over the passive link. To get that added network reliability, customers effectively purchase bandwidth twice for a single connection.

SD-WANs are an overlay to existing networks that could include MPLS but most often use broadband for the last mile and then the internet for the middle mile. The technology enables businesses to leverage multiple network connections in an active -- active architecture where traffic can be sent over the best connection as determined in real time. Determining factors include the delay-sensitivity of traffic, time of day, cost, and the current status of individual links.

Use of internet and broadband connections rather than MPLS is less expensive, is more reliable because it affords multiple paths, and offers more flexibility. The flexibility is due to the software-defined nature of SD-WAN that decouples the control aspect of the network from the hardware so network-wide routing changes can be managed centrally and executed in a fraction of the time it would take in an all-MPLS WAN.

Lower cost, increased network reliability, and centralised management are among the potential benefits of SD-WAN.

When designing an SD-WAN it may be tempting to make it all-broadband because long-distance MPLS connections can be very expensive, often several thousand of dollars for trans-oceanic connections as compared to local broadband.

Businesses must ask themselves if the cost-to-predictability tradeoff is worth it. There is no single right answer because all businesses are different, but for most companies, certain apps wouldn’t perform well with the unpredictability of broadband and internet, and that could pose a risk to the business. Examples include trading systems, real-time CAD programs, and voice and video.

Recently, I took a look at how big the performance difference is between using MPLS or an internet connection to connect cities that are far apart. The average response time between Dallas, Texas, and Dubai in the United Arab Emirates, using MPLS was about 50ms compared to about 600ms using the internet.

What’s even more striking is the variability between the best and worst times.

With MPLS, the Dallas -- Dubai response time varies by 12 per cent compared to 153 per cent for internet. Similarly, Dubai to Mumbai varies 15 per cent with MPLS and 212 per cent for the internet.

Even transcontinental connections see quite a bit of disparity with a connection between San Jose, California, and Washington, DC -- a variability of five per cent with MPLS and 82 per cent with internet. Once the length of the link drops to about half of the US, the difference in variability is much less, making an all-broadband WAN a no-brainer.

The problem with a variance this large is it creates a situation where some applications can work great sometimes and perform horribly at other times. This kind of inconsistency can be highly disruptive as it can negatively affect how apps perform and therefore reduce productivity.

Small businesses and regional companies can use an all-internet WAN and likely won’t see much of an impact on user experience because the length of connections for important traffic is short enough. But that’s not the case for nationwide or global enterprises.

For these far-flung businesses, optimising cost and performance involves using SD-WAN as an architecture to blend together broadband and internet—as well as MPLS—to create a best-of-both-worlds scenario.

That can be done by using broadband for last-mile connectivity and a combination of internet and MPLS for long-haul connections. The multiple broadband connections ensure resilient connectivity, and apps can be directed either over MPLS or the internet, based on the performance they require.

High performance, real-time, and mission-critical apps would be directed over MPLS, and best-effort traffic would use the internet. By doing so, businesses can cut the amount they spend on MPLS by right-sizing those circuits to deliver connectivity for just the subset of business apps that demand a high-performing network.

The savings on MPLS can often dwarf the investment in SD-WAN infrastructure, so with a bit of good planning and up-front homework, companies can lower their total cost of running the network.

The rise of SD-WAN has raised the question whether SD-WAN or MPLS is better. The answer is both as they are used to solve different problems. One doesn’t replace the other; rather they are complementary.