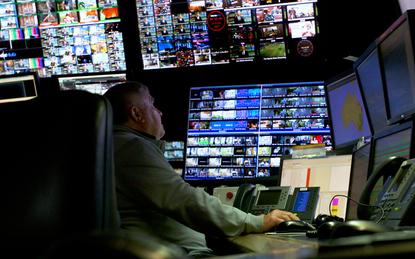 MediaHub is responsible for the live broadcast of more than 400 TV channels and 90 radio stations, working alongside broadcasters such as SBS and ABC, to develop the low-cost data storage service.

In identifying the growing challenge for broadcasters to store and access large volumes of content in a cost-effective way, MediaHub CEO Alan Sweeney said that while cloud providers do a great job of selling storage, there can be high fees for egress and it wanted to create a new model with HPE.

“Scality enabled us to stretch across our own data and two co-locations,” MediaHub head of operations Scott Jolly said. “This, plus the density of HPE Apollo, allowed us to address durability and data retrieval times.”

ArkHub provides customers with storage and access to their rapidly expanding archives, without additional ingress, egress and retrieval fees. This enables MediaHub’s customers to create, store, retrieve and broadcast high-quality content to viewers.

Additionally, ArkHub makes it easier to duplicate footage and allows broadcasters to convert their entire libraries of tape files to digital, store in ArkHub and access when needed. Data is also kept within Australian shores.

Eventually, ArkHub will contain a Dropbox-style facility with secure encryption to transfer files within and between organisations globally and tackle the challenge of data management.

“Clients may store certain data and only require access to it three months from now, or they may want access to it within minutes,” Sweeney said.

The launch of ArkHub also opens up opportunities to pursue data-heavy industries such as healthcare, education and finance, where secure access to historical data is critical.