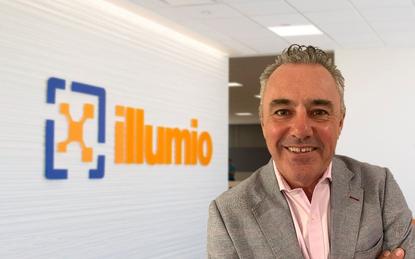 Network segmenting vendor Illumio has dropped its distribution deal with Arrow ECS for Australia and New Zealand, replacing it with Nextgen for its next stage of growth.

Referred to as the vendor's “primary distributor” in the region, Nextgen will provide Illumio’s risk-based visibility, ransomware containment and segmentation capabilities across A/NZ.

As Illumio only utilises one distributor per region, this means Nextgen is the vendor's only A/NZ distributor.

“The rise of ransomware and catastrophic breaches has confirmed that current cyber security approaches are failing and organisations need to implement a zero-trust architecture,” said Geoff Noble, director of APAC channel and alliances at Illumio.

“Visibility and segmentation are critical to any successful zero trust strategy, and we’re thrilled to partner with a premier distributor like Nextgen to jointly deliver great value in market.”

The decision to move away from its former A/NZ distributor, according to Noble, was that the company required a different approach than the one provided by Arrow.

“We've been going through growth spurts and as part of that promotion and relegation, different go-to-markets markets and different businesses make sense," he told ARN. “So, Arrow helped Illumio get to this stage of growth, and in this next burst of growth, we're confident that moving forward with Nextgen makes sense for us.”

The Illumio solutions are viewed by Nextgen to be complementary to its portfolio, Nextgen's head of cyber, Gabe Marzano, claimed, with partners able to utilise the distributions presales and technical support with its collaborative cyber security platform CyberLAB.

“The way that IT has been structured and leveraged has fundamentally changed in the last 18 months, and so security needs to move away from legacy, perimeter-focused solutions,” she said. “Zero trust offers a compelling and proven approach to security that meets these modern challenges.”

The distributor held informal discussions with Illumio for over two years prior to the agreement, stemming from a visit to its headquarters in Silicon Valley back in 2019.

“Illumio is a great fit for us, and we're privileged and excited to be able to help scale their businesses with the right level of skills, access to our complimentary vendor portfolio and hands-on bespoke approach," Nextgen CEO John Walters said.

ARN understands the vendor's agreement with Arrow lasted approximately a year from May 2020. At the time, then-Arrow ECS A/NZ general manager Andrew Assad said the partnership allowed for the distributor to expand its security offering alongside its services suite, which was expected to help address cyber security challenges.