Professionals with the expert-level CCIE networking certification are in demand, and the value is reflected in significantly higher salaries. 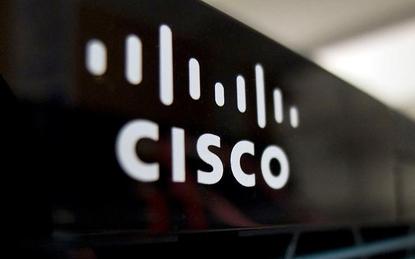 Cisco Certified Internetwork Expert (CCIE) is Cisco’s most prestigious and most difficult certification to achieve, typically requiring years of industry experience and a deep understanding of networking technologies.

The lab portion of the exam alone is eight hours long and costs US$1,600, and candidates typically spend much more than that on preparatory courses.

But professionals with the expert-level CCIE networking certification are in demand, and the value is reflected in significantly higher salaries.

"It is a preeminent certification in the industry," says Nick Marentic, senior manager for IT infrastructure and security at cybersecurity training firm Cybrary. "It requires years in the industry to understand the concepts contained."

Getting the CCIE isn't something to do on a whim. "It relies heavily on hands-on experiences," Marentic says. He recommends seven to 10 years of industry experience before taking the exam.

The CCIE is one of the top 10 technology certifications that employers seek, according to staffing specialist Robert Half Technology, which surveyed more than 3,000 senior managers for its annual salary guide.

According to PayScale, the average base salary for a CCIE-certified professional is US$128,000 per year. It's the highest-paying certification on PayScale's list (a designation it shares with ISACA’s Certified Information Security Manager certification).

Networking certifications, on average, increase base pay by about 5 per cent annually, according to David Foote, chief analyst at Foote Partners, which recently released research for the first nine months of the year, based on data on more than 82,000 tech workers at more than 3,800 employers.

The CCIE comes in above that, at an 8 per cent median increase to the base salary. "The CCIE gained 14.3 per cent in market value in the third quarter," Foote says.

Cisco’s network certification lineup underwent a major overhaul in 2020, and one of the big changes is that there's no longer a separate written exam for the CCIE.

As of last February, the CCIE shares a written exam with the mid-level CCNP certification. The written test can be taken online. Then, to get a CCIE certification, the test taker needs to pass an eight-hour, in-person, hands-on lab exam.

That written core technology exam is good for three years, says Joe Clarke, distinguished engineer at San Jose, Calif.-based Cisco Systems, and is a qualifying exam for both the specialised CCNP tests and for the CCIE lab-based exam. Someone who has taken the core technology exam as part of the CCNP certification within the previous three years doesn't need to take it again before doing a CCIE lab exam.

Unlike the written test, the lab exam has to be taken in person, Clarke says, and it takes eight hours in total. There’s a separate lab for each CCIE concentration.

“When you sit down with the lab, you’re first presented with a three-hour, low-level design,” he says. “That’s the first module. It tests how well you can understand the concepts and apply them on a design level.”

The second module takes five hours. “Can you walk the walk?” he says. “Can you implement, optimise, troubleshoot those technologies?

There are six main CCIE concentrations:

The CCDE certification is designed to demonstrate expert-level skills in designing and architecting complex enterprise network solutions and prepares people for expert-level jobs in network architecture and design. The CCDE has been recently revamped, says Clarke, to focus on higher-level design, business integration, and architecture.

The Cisco Certified DevNet Expert certification is designed to demonstrate expert-level skills in network automation, programmability, and secure automation tools. This is a brand-new certification. The first date to take the lab exam is in May of 2022.

"We realise that there are people building cultures around automation and changing how the network interacts with the business," says Cisco's Clarke.

That's where the Cisco Certified DevNet Expert comes in. "It's a different realm," he says. "Focused more on the software side of things." Someone who has this certification is a leader in network automation, he says.

It costs US$1,600 to take the lab exam, not including travel and lodging expenses. Test takers may also want to take preparatory courses, which vary greatly in price.

To sign up for the lab exam, test-takers need to pass the written exam during the previous three years.

The written exam depends on the area of concentration. For the enterprise infrastructure and enterprise wireless concentrations, for example, the foundational exam is the 350-401 ENCOR, titled “Implementing and Operating Cisco Enterprise Network Core Technologies." It can be taken both in-person and online and costs US$400.

During the pandemic, many of the testing centres were shut down. Clarke declined to say how many people were able to get their CCIE accreditations during this time, but he did say that the numbers are back up again now that restrictions have been lifted.

"The pandemic is waning a little bit," he says, "and testing centres are opening up."

Cisco has recently added more mobile options, where the proctors go out to different sites with all the gear, to make it easier for test-takers to find a location.

Cisco is also piloting a "bring your own device" test, where test-takers bring their own computer and get the lab materials on a USB stick.

"It's hugely popular," says Clarke. "A lot of people signed up for the pilot. You get the comfort of using your own equipment. And we don't have to bring a kit, so we can scale better."

While the bring-your-own-device program is being piloted, Cisco is also waiving the US$1,900 mobile exam fee.

Other than the core technologies written qualifying test, there are no other prerequisites for taking the CCIE lab exams, but candidates are recommended to have five to seven years of relevant industry experience.

Do you need a CCIE?

While the CCIE is the top certification for a network professional, it might not necessarily be the right option for everyone.

It used to be that people got on the networking track in their careers and stayed on that track, getting their CCNA, then their CCNP, then, a few years after that, their CCIE, says Mark Leary, director of network analytics and automation at research firm IDC.

"Today's world is a very different world," he said. "As you're going up the ladder, you've got a lot more distractions, and a lot more options. Your route to advancement isn't necessarily going to stick to networking."

Companies are breaking down silos, he says, and are looking for people with a broader perspective.

As a result, someone on the networking track might want to go sideways, and get a second CCNP certification in security, or get certified in cloud technologies.

"A double major in networking and security is a very valuable thing," he says. It might even be worth more than a single CCIE. "If you ask IT executives, someone who's very good at both is more valuable to them than someone who is great at only one thing."

That's not to say that a CCIE isn't valuable, he says. "But the biggest permanent change of the pandemic, the number one thing, is that networking and security teams are working more closely together," he says. "If you qualify on both sides, that puts you at the point of the spear."