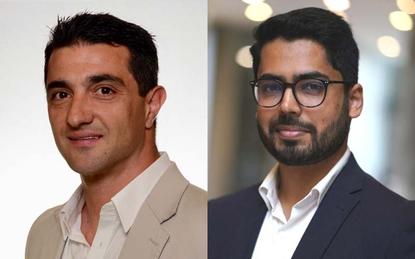 Cyber security and compliance vendor Proofpoint is to maintain a narrow focus on a “selective” group of partners during 2022, its Asia Pacific and Japan (APJ) channel chief has said.

Speaking to ARN, recently promoted senior director for channel sales Johann Ramchandra said that despite Proofpoint’s seven years in the Australia and New Zealand region, it currently only works with 15 partners due to its rigorous criteria.

“We’ve intentionally been very selective about the partners that we bring on board,” he said. “There are several things we look at with recruiting them.

“They include: are they providing us with access to clients that we don't already have? Are they going to deliver on sales and pre-sales marketing force? Are they committed to other market-leading technology providers that we work well with? Once we consider all those things, we're left with a very selective group of partners.”

However, following Ramchandra’s promotion from A/NZ channel director to holding the title for APJ, alongside the appointment of former Cisco cyber security head Steve Moros as senior director of Proofpoint’s advanced technology group, recruiting new partners across Asia will become key in 2022.

According to the duo, key markets for Proofpoint now include Japan, South Korea and ASEAN, with systems integrators (SIs) and service providers particularly targeted for the vendor’s growth.

“We've seen their business with us really grow on the back of that mutual investment,” Ramchandra said. “And so I see service providers and integrators and even consulting entities playing more of a role for us.”

The renewed focus on SIs and service providers follows Proofpoint’s recent re-evaluation of its distribution model, which saw Ingram Micro named as an authorised distributor in Singapore, Malaysia, Australia and New Zealand.

“We saw that there was tremendous value for our business in standardising, where possible, on a two-tier structure,” Ramchandra said.

“We were going out to market and looking for distributors that fit the bill for us. Following on from that, [we gained] faster penetration of new markets that we've entered, including India, South Asia and Korea. We’ve formed a number of new partnerships on the back of these distribution relationships as well.”

Under Moros, Proofpoint’s advanced technology group has tripled its APJ headcount in the last six months and will now focus on helping customers expand their portfolio adaption.

“It’s about moving from infrastructure and perimeter to moving towards people,” he explained. This, he added, includes tackling compromises via email channels that can lead to potentially devastating cyber attacks.

“People are unquestionably in a new perimeter, especially as organisations embrace hybrid work more broadly and are increasingly adopting cloud applications,” he said.

“Our approach really fortifies the human element: the combination of advanced threats, the data loss and compliance risks. We're seeing huge demand and shift in organisations' needs, and the channel was a critical route to market for us to help us address that issue.”

As a result of this approach, Proofpoint launched its Information Protection specialisation, which Moros said is also centred on “driving deeper and wider engagement” with a core group of partners and then executing in the business' target markets.

“Security with training was a logical and adjacent step of battle to embrace with us, that was the first thing we did,” he said.

“And then last quarter, we launched the information protection, specialisation which goes a long way to providing partners with access to data leakage prevention, information instead of just threat management and compliance kind of technology toolsets.”