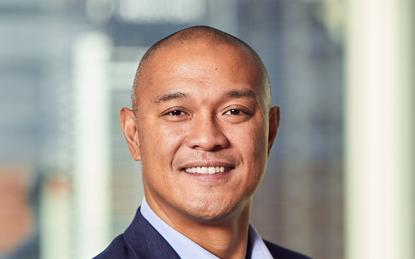 Sophos has appointed Citrix talent Charles de Jesus to lead its Australian and New Zealand channel in a bid to continue its regional "momentum".

De Jesus replaces the erstwhile Natasha Lambert, who, until her departure in October, had served as A/NZ channel director for four years.

“Sophos is a global cybersecurity leader that has a reputation for putting its partners first and placing a real emphasis on the channel. This is something that resonates strongly with me, especially given I’ve worked on both sides of the vendor/partner relationship,” said De Jesus.

“With the cybersecurity landscape everchanging and evolving, it’s vital A/NZ businesses are well-equipped to defend against cybercriminals. Working closely with our channel partners is critical to achieving this, so I’m looking forward to collaborating with them and better supporting them.”

In his new role, De Jesus will lead Sophos’ A/NZ channel operation, providing partners and customers with support across the cyber security landscape.

“We’re delighted to have Charles join Sophos A/NZ in this role, as he brings a wealth of experience with him,” said John Donovan, managing director, A/NZ at Sophos. “I have no doubt Charles will be a valuable addition to the Sophos family, not only continuing the momentum of our ANZ channel, but taking it to a new level.”

De Jesus’ arrival also follows the recent departure of Sophos channel chief for Asia Pacific and Japan (APJ) Jon Fox, who left the vendor after five-and-a-half years.  A new channel head for APJ has yet to be announced.