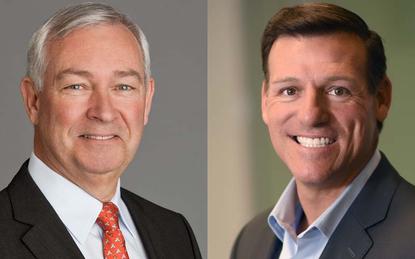 Ingram Micro’s CEO, Alain Monié, has moved into the role of executive chairman after a decade in the position, with executive vice president and president of Global Technology Solutions Paul Bay taking his place.

Monié will now work alongside Bay and the global technology distributor's owner Platinum Equity while the new CEO will maintain his responsibilities overseeing the Global Technology Solutions business as well as leading the strategic planning, growth and development of the vendor’s Cloud Marketplace and CloudBlue platform.

He will also overlook Ingram Micro's IT Asset Disposition and Reverse Logistics businesses.

“It is with a profound sense of pride that after 10 years as Ingram Micro’s CEO, I am transitioning the role to a leader in Paul who clearly has the credentials and trust of his peers to continue to build on our industry leadership with a partner-first mentality,” said Monié.

“Over the past 11 years, Paul and his teams have dedicated themselves to our company and the industries we serve, demonstrating an unparalleled commitment to our people, our customers, our partners and our shareholders.

“Paul is an exceptional leader and an agile learner, and I cannot think of anyone better suited to guide Ingram Micro through our next chapters.”

Meanwhile, Bay claimed Ingram Micro’s current success is due to Monié and his leadership over the last decade.

“Alain has been a dedicated leader and a valued mentor, consistently delivering significant innovation and growth for our customers and partners, including through targeted organic investment and M&A [mergers and acquisitions],” said Bay.

“I’m honoured to be CEO of such a phenomenal team and build further on our strategic imperatives to transform and modernise the way we do business, remove complexity for our partners and be an indispensable business behind the many brands we serve.”

Bay first joined the company in 1994, when he started as senior vice president of vendor management. He was with the company for 12 years before taking a four-year stint as Punch Software’s CEO from 2006 to 2010.

After this, he returned to Ingram Micro as executive vice president of North America and has remained in a variety of presidential roles since.

In addition to the distributor's CEO shakeup, Nimesh Davé, executive vice president and president of Global Cloud, is to move on from the company and will transition out of the role over the coming months.

Meanwhile, Kirk Robinson has been promoted from chief country executive for the US to executive vice president and president of North America, taking up additional responsibility for Ingram Micro Canada.