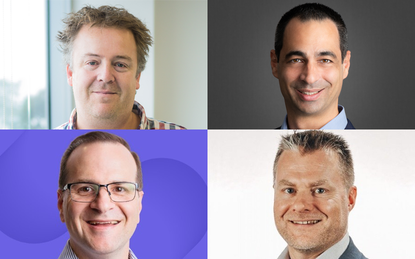 The decision by Kaseya and Datto to join forces has undoubtedly caused a stir in the IT market and ruffled the feathers of many managed service providers (MSPs) in Australia.

The all-cash US$6.2 billion transaction is expected to close in the second half of 2022 with Kaseya CEO Fred Voccola saying customers can expect to see more functional, innovative and integrated solutions as a result of the purchase.

“Datto has a legendary commitment to its customers and employees," Voccola said at the time. "The alignment of our missions and focus makes us a natural fit that will help our greatly appreciated customers reach new levels of success."

MSPs have a right to be concerned about how the deal will play out for Datto – evident by the creation of goodbyedatto.com – considering Kaseya’s history with acquisitions in the past such as IT Glue, recent security related issues and how the subsequent fallout was handled.

In response, MSPs are watching diligently to understand how Kaseya’s true intentions will play out and affect key considerations such as product development, product support and channel engagement. Not only that, but cultural alignment is expected to be another huge factor in the mix.

Melbourne-based Powernet IT Solutions deals with both Datto and Kaseya and as founder Nick Moran put it, he’d be keen to see how they integrate and what a combined roadmap will look like, considering some of the significant overlap in some of their portfolios.

“It’s certainly an acquisition that many didn’t expect,” Moran said. “However, with both being strong vendors of Powernet, I suspect it won’t have too much of an impact for us in the short to medium-term.

“Both Kaseya and Datto have some quality people in Asia Pacific and the opportunity, if you can successfully bring these teams together, is huge, provided they nail the product strategy piece. Paying essentially 'overs' doesn’t leave much room to mess this integration up and return value to the stakeholders."

Adelaide-based Calvert Technologies CEO Dean Calvert shared a similar sentiment in saying that, despite Kaseya’s challenges over the past few years, its local leadership structure with Dermot McCann at the regional helm has provided some comfort.

“My dealings with him have always been positive,” Calvert said. “At this stage I’m not concerned – in fact I don’t see any reason to worry about something over which I have no control. I’ll wait to see what happens and then make decisions.

“There will be those out there getting distracted by this, and that’s their prerogative, but I’ll continue to focus on our customers and my team where I do have influence, where I can make a positive impact and manage changes as they come up.”

Perth-based Leap Consulting is also a long-term partner of both vendors. As managing director Zaun Bhana outlined, this just highlights how the industry is continuing to consolidate at a feverish pace and this deal, at face value, makes sense.

“Datto's strength outside of its product portfolio is without doubt their team culture which translates into a loyal channel base," he said. "Kaseya in Australia could be a big beneficiary of that if they handle the retention of Datto staff the right way."

The challenge is with a number of product overlaps, the deal could lead to reluctance from partners to commit without knowing the combined roadmap.

“The last thing you would want to do is invest in moving platforms only for development to reduce or worse stop," Bhana acknowledged.

"Our hope is that the transaction doesn't distract either of them too much as that tends to disrupt support and partner focus. On the plus side, if that means they're investing more in the local partner community in Australia then that's a win.

“Kaseya has definitely had some issues with their partner engagement models in the past and suffered from not focusing on community like ConnectWise has done over the same period. But even ConnectWise missed that during their Continuum buyout, which Datto took full advantage of.

“Partners have long memories and high expectations which isn't always a great combination. The balancing act for Kaseya will be running that gauntlet as they bring Datto into the fold."

Queensland-based Mangano IT was one of Datto’s earliest partners in Australia and New Zealand and has built a solid relationship with the team across many levels. Many years ago, they were also a Kaseya remote management and monitoring (RMM) customer.

“In my opinion, Datto has always engaged well with the partner channel and this was their differentiator," said Paul Mangano, speaking as managing director. "Kaseya has an opportunity to learn from how Datto developed this culture and they should embed it throughout Kaseya."

Mangano periodically reviews all of its vendor engagements and tools being used to ensure it is achieving an appropriate return on investment.

“If the ever-increasing array of MSP tools isn’t improving the service delivery efficiencies of our team, then we don’t need them," he added. "It’s now incumbent upon Kaseya to ensure this value proposition remains true for the Datto products. I will be watching closely to ensure that standards of support and engagement remain aligned with what we’ve come to expect from Datto."