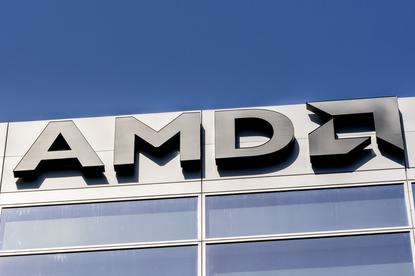 AMD continues to increase its share of both the overall x86 chip market and the server x86 market in particular, despite a large-scale general downturn in shipments, according to a report released this week by Mercury Research.

The majority of the fall-off in x86 shipments was felt in the desktop market, the report said, but the server market was also down on a quarterly volume basis — despite reaching record highs in revenue.

Dean McCarron, president of Mercury Research, said that the decline was due to a combination of factors.

"There's a pretty heavy uplift in Q4 on consumer systems due to holiday buying, and it drops off in Q1," he said. "Typically, the worst drop of the year happens in Q1, so not only did that happen, but there's also some excess inventory that got built up and negatively impacted sales."

Nevertheless, AMD continued its solid gains in the server market, rising from 10.7 per cent in the fourth quarter of 2021 to 11.6 per cent in the first quarter of this year. That's smaller than the company's share gain in the desktop market, which rose from 16.2 per cent to 18.3 per cent over the same period — but represents meaningful growth nonetheless.

McCarron said that AMD's gains on chief rival Intel have been consistent in the server market for a long time.

"It's been a long, gradual increase if you look at the data set now, AMD has completed its third consecutive year of having on-quarter gains in share," he said.

"The main driver there is that AMD has its Epyc processors … and each generation has been a little bit more successful than the prior one."

When AMD launched its Epyc processors five years ago, Intel had a 98 per cent share of the server chip market; that is now down to 88.4 per cent.

The "Milan" generation of Epyc processors, McCarron added, has been particularly successful, and has likely driven most of AMD's server share gain in the past year.

However, it's the accumulated goodwill of producing reliable, performant server chips for years that's really buttressing the company's sales.

"This isn't the first time [AMD]'s had success in the market, they had success more than a decade ago, and now they're getting back in," he said. "The key here is that they've established a pattern of delivery on product reliability."

Nor is AMD the only company making headway into what was, for a long time, mostly a single-company marketplace. Arm recently entered the server silicon market, and while that chipmaker's market share is still minimal — less than one per cent — McCarron said that it's likely on the rise.

"ARM is making inroads into data centre, [but] it's starting from much farther back than AMD," he said.

"The activity around Arm is primarily customisation, and that's something that both Intel and AMD have emphasised in their products – that's not a response to Arm, but rather a recognition that the market is looking for more customised solutions, and that everyone's trying to address that."