Search is underway for his successor. 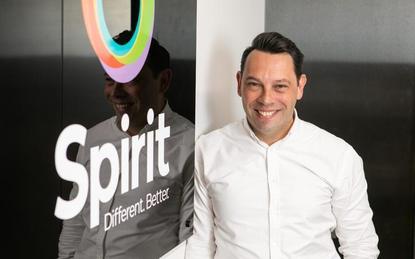 According to a statement on the Australian Securities Exchange (ASX), the reason for his departure is because both Spirit and Lukatsky agreed that Spirit’s next stage of growth requires new leadership.

Executive director Julian Haber will step in as interim managing director while the company searches for a permanent replacement, also scouting internal candidates for the top role.

“Sol has made a significant contribution to the growth of Spirit during his tenure,” said the company's chairman, James Joughin. “The Board is very grateful for his hard work and dedication to the company and wish Sol all the very best for his future.”

He joined Spirit in 2018 as its chief sales and marketing officer. A year later, he stepped up as managing director, taking over from co-founder Geoff Neate.

During his time, the company claimed he has been “instrumental” in pursuing numerous business acquisitions and leading Spirit through a phase of “significant growth and transformation” towards becoming an IT and telco service provider.

He also oversaw the business’ divestment of its direct consumer business activities and its communication tower portfolio, which the statement referred to as “capital-intensive”, and its subsequent refocus to small- to medium-sized business (SMB) enterprises.

Last month, Spirit merged two of its business units together in an effort to save costs, increase margins and boost customer experience.

The telecommunications and IT service provider intends to merge its IT and telco division with Trident, a unit formed out of its acquisition of Trident Business Group in 2020.

Julie Riggs, former COO of Trident, has been named as the CEO of the merged business.