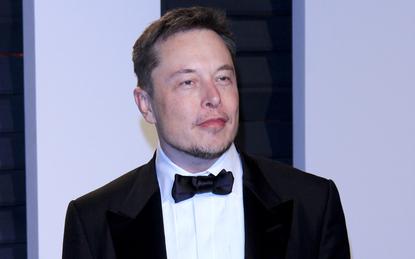 Tesla and SpaceX CEO Elon Musk has delivered an ultimatum to the two companies’ white-collar workers: get back in the corporate office or face firing.

The demand to work at least 40 hours in the office was originally made known through leaked employee emails. Later, Musk appeared to confirm his edict on Twitter: When asked to comment on the email for “people who think coming in to work is an antiquated concept,” he responded, “They should pretend to work somewhere else."

Musk’s letter to executive staff specified, “the office must be where your actual colleagues are located, not some remote pseudo office. If you don’t show up, we will assume you have resigned.”

Musk justified his call for a return to the office by writing, “it’s less than we ask factory workers” to do. His directive left little wiggle room for those who have extenuating circumstances.

"If there are particularly exceptional contributors for whom this is impossible, I will review and approve those exceptions directly," Musk wrote.

The demand for Tesla and SpaceX workers to get back to the office comes at a time when companies around the globe are evolving their hybrid work plans, allowing flexibility for when, where, and how often employees must be on site.

It also comes at a time when the Great Resignation is seeing workers moving laterally to competitors for better pay and benefits or choosing entirely new career paths.

Human resources experts and industry analysts were not surprised by Musk’s demand, because his past behaviour shows a willingness to impose his will regardless of the cost.

Market research, however, shows that organisations that continue to impose their will on their employees and refuse to adapt their management approach will lose their top employees to companies that provide more independence.

In an environment where the stock prices of tech companies have fallen dramatically over the past few months, many organisations are watching competitors with less flexible work policies and other benefits.

“Some of those companies are looking at this as an opportunity to recruit away talent,” said Brian Kropp, distinguished vice president with Gartner’s HR practice.

“Look, Elon Musk is a very smart guy. There may be 20 per cent or 25 per cent of employees who end up leaving, and maybe those are the ones he wants to leave, but a good chunk of that 25 per cent are in demand at other companies,” Kropp added.

Employee surveys have shown that as many as 40 per cent of workers would leave their job if they were not allowed to work remotely. Kropp admitted he has no idea what Musk is thinking, only that “he’s zigging when a lot of others are zagging.”

“When you look at the data, it’s clear companies are embracing hybrid work,” Kropp said.

Last week, Gartner finished surveying 180 companies, finding that organisations expect about 25 per cent of their workforce to be fully remote, 60 per cent to be hybrid, and just about 15 per cent to be in the office full-time. “What we find is employees who work remotely or hybrid have the same or slightly higher performance than office employees,” Kropp said.

Analysts don’t believe Musk using his RTO demand to intentionally cull his workforce to create a leaner organisation; instead, it’s about knowing his companies have a brand strength that few others possess.

“Tesla has far more applicants than employees, so the odds are in their favour that they will not see material consequences in terms of number of employees [departing], but there will be brand consequences,” said Amy Loomis, a research director for IDC's worldwide Future of Work market research service.

“For a company built with a focus on the future, this is certainly a step back into the past,” Loomis added.

Jack Gold, principal analyst with J. Gold Associates, was blunt in his summation of Musk’s intent. “I don’t think he really cares. He wants to be in command about all things, and once he has an idea of how things should work, he goes for it regardless,” Gold said. “So, this kind of edict should not really be surprising in the context of the management style of Elon Musk.”

Tesla did not respond to a request for comment from Computerworld.

Where RTO mandates have foundered

Musk is not the first chief executive to demand a return to the office, but it is the first time one has so vehemently set down the consequences for refusal to comply.

Nearly a year later, however, blowback from employees seemed to have softened Dimon’s position. In April this year, Dimon conceded that he expected only about half his 270,000-person workforce to return to the office full-time — and 10 per cent will work fully remote.

Apple, another company with arguably unmatched branding power, in April began requiring employees to spend at least three days in an office each week. The reaction was almost immediate.

A group of employees calling themselves “Apple Together” pushed back against the hybrid work mandate, publishing an open letter to executives criticising the company’s Hybrid Work Pilot program, characterising it as inflexible.

Loomis said the consequences for Tesla and SpaceX as companies will be a loss of good engineering talent, and an impact on both Musk’s “personal brand and the brand of his companies in terms of their bona fides.”

“Look at how well this turned out for Jamie Dimon,” Loomis added.

David Lewis, CEO of OperationsInc, an HR consulting firm in Connecticut, said firms that dictate a full-time return to office — or how employees should work remotely — are missing the big picture. For information technology workers, unemployment is just two per cent, according to CompTIA, a non-profit association for the IT industry and workforce.

But, as Loomis pointed out, Tesla is an outlier with a reputation of having a ferociously loyal workforce and with prospective workers beating a path to its doors.

“In most companies, a move like this, given the job market, would be strategically poor and likely result in many choosing to leave. This is Tesla, and as such he [Musk] may have enough cachet in his brand and culture to get away with this,” Lewis said. “Still, that only means in my view that instead of a mass exodus he will lose less [employees]. The question is how many less?”

Ultimately, Musk will regret his strategy, Lewis said, because he’s betting his employees and their priorities will be vastly different from those in other organisations, “for the simple fact that their desire to work for Tesla outweighs their desire for better work life balance.”

“He just essentially launched a massive ad campaign that communicated Tesla is a ‘work-in-office-only’ company, which could prove very problematic for those trying to develop a candidate pipeline for them,” Lewis said.

Still, if Musk is successful in retaining a large majority of his workforce after digging his heels in on the back-to-office policy, there is a chance other companies could follow suit. It’s a strategy Lewis and other experts warn against.

“I imagine some companies will watch closely and follow his lead if successful,” Gold said. “But truthfully many companies have already decided that their worker productivity and product output has not been negatively affected by having remote workers, at least part time. So, if it isn’t broken, why fix it if it’s going to make people unhappy?”

The biggest issue facing Musk and his companies is really around management style, Gold said. You either trust your workers to get results without looking over their shoulders or you don’t.

“If you really feel you need to be supervising them full-time in person, then I’d suggest your company has bigger issues,” Gold said.

Gartner’s Kropp said enabling flexible work conditions is not just about attracting and retaining employees, which it does. “What companies often didn’t think about is mental health well-being benefits of remote and hybrid, and that has been huge.”

Lewis advises other companies to watch for the impact of Musk’s mandate. Even in the unlikely scenario that Musk can factually demonstrate a successful outcome “with no hint of turnover or trouble filling jobs,” Lewis said, companies should still be leery of following suit.

“Overall, I think Elon regularly tests the bounds of his company and personal brand. This move is poorly conceived and is a loser,” Lewis said.