Internet Explorer reaches the end of the line

Microsoft has ended support for its legacy Internet Explorer web browser, though IE mode lives on in Microsoft Edge. 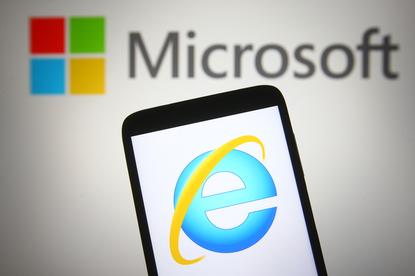 Microsoft’s legacy Internet Explorer web browser, which roamed the internet for nearly 27 years, has been officially retired as of June 15.

Version 11 of the browser is no longer supported, Microsoft announced. During the next few months, opening Internet Explorer will progressively redirect users to the newer Microsoft Edge browser. Although Users will continue to see the IE icon on their devices, clicking on it will open Edge instead.

At some point, Internet Explorer will be disabled permanently as part of a future Windows update, and the IE icon on users’ devices will be removed.

The redirection process will migrate data such as favourites, passwords, and settings from Internet Explorer to Edge, in an effort to make the transition familiar and simple, Microsoft said. Should a user want to delete or manage data at any point afterward, they can do so in Edge from the Settings menu.

Microsoft transitioned from Internet Explorer to Edge, which debuted in 2015, after concluding that incremental improvements to IE could no longer keep pace with general improvements to the web. Microsoft acknowledged that some websites only work with IE, which is why Edge has IE mode.

To help users take advantage of IE mode, the redirection process will add a “Reload in IE mode” button to the Edge toolbar. Edge will prompt users every 30 days to see if they still need IE mode for a site.