Rust is most popular WebAssembly language, according to survey

The State of WebAssembly 2022 survey of Wasm developers shows Rust on top, with Blazor and Python on the rise. 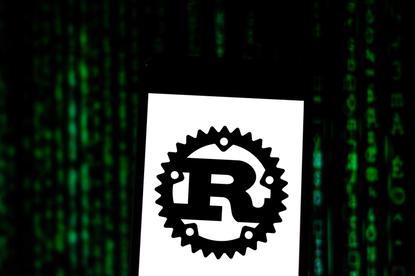 The Rust programming language is the most frequently used language for developing WebAssembly applications, according to a recent survey. And WebAssembly is growing in popularity.

These findings and others were featured in The State of WebAssembly 2022, a report published June 20 by software consulting firm Scott Logic, based on a survey of 299 application developers. Asked which language they use for WebAssembly development, Rust came out on top, with 45 per cent saying they use Rust frequently or sometimes. Rust also topped last year’s initial run of the survey.

The report noted the close relationship between Rust and WebAssembly, or Wasm, with most Wasm runtimes written in Rust. Coming in second behind Rust was JavaScript, with developers able to compile a JavaScript engine to Wasm if not JavaScript itself. The biggest climbers in the survey were Blazor and Python, while AssemblyScript had the biggest fall in usage.

All told, 67 per cent of respondents said they were frequently using WebAssembly, up from 47 per cent last year.

In other findings, leading applications of Wasm include web development, way out in first place with nearly 70 per cent of respondents using Wasm for web apps, followed by serverless (35 per cent), containerisation (25 per cent), plug-in environment (23 per cent), and Internet of Things (10 per cent). Percentages are approximate.

The top WebAssembly runtimes in use were Wasmtime, Wasmer, and Wasm3. Meanwhile, capabilities most sought for Wasm to be successful in the future include non-browser APIs, better debugging support, and improved build tools.

In addition, the WASI (WebAssembly System Interface) proposals the respondents are most interested in are I/O, sockets, filesystem, native threads, and HTTP.