Legacy CSP subscriptions will continue to be honoured. 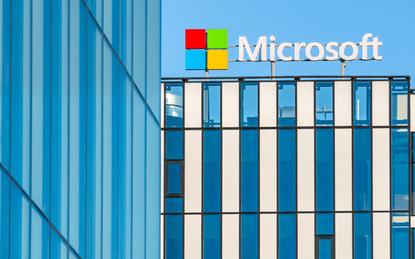 Microsoft has 'indefinitely' extended the terms of when cloud solution providers (CSPs) were required to switch over to its New Commerce Experience (NCE).

Initially, the software giant set out the date as 11 July as the end of auto-renewals for legacy CSP subscriptions.

Via its Partner Centre, Microsoft said its goal for them was to migrate legacy subscription to NCE before the end of term, but instead it “made a business decision to continue supporting the legacy auto-renewal functionality beyond July 11.”

Despite this, the software giant is still encouraging all CSP partners to complete migrations from legacy to NCE “as soon as possible.”

“Microsoft has seen an acceleration of partners migrating legacy Cloud Solution Provider (CSP) subscriptions to the new commerce platform in recent weeks,” Microsoft said. “We appreciate the efforts of partners that have contributed to this acceleration, and all CSP partners are encouraged to complete migrations from legacy to new commerce as soon as possible.

“Previously, we communicated that legacy commercial seat-based subscriptions would no longer be auto-renewed on the legacy platform starting July 11.”

Microsoft said it will not be blocking new orders of legacy CSP subscriptions that was implemented on 10 March and it won’t be terminating monthly incentive rebates paid to partners on 1 January 2023, on active legacy CSP commercial seat-based subscriptions.

The NCE is the only way for CSPs to transact new business for Teams Essentials and seat-based offers.

Called on to explain NCE provisions that force partners and resellers to continue payment of outstanding fees for multi-year commitments in the case of customer bankruptcy, Microsoft channel chief Rodney Clark said at the time that in the new monthly terms, it was asking its partners to assess the credit risk of their customers.

“Credit risk has always been a part of this ecosystem and now in New Commerce, what we’re saying to partners is, ‘Hey, if there’s a question as to whether or not a customer has the ability to manage beyond month to month, they should be on a monthly subscription versus an annual one,” he said.

Microsoft certainly has a way of courting controversy with every new licensing change. Indeed, no other global vendor can claim to have sparked two online petitions in three years, albeit both by the same Australia-based partner, pseudo-named ‘George’.

For George and and many Microsoft partners, these new changes are "unwelcome" and only serve the vendor's goal of "cut[ting] down the 400,000 loyal partners".