Losses widen even as Google Cloud's quarterly revenue soars past $6B

Google has been heavily investing in its cloud division to keep pace in the highly competitive cloud computing market. 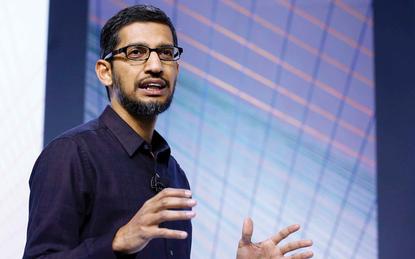 Google parent company Alphabet has posted strong second quarter results, buoyed by the momentum of its cloud business, that continued to grow by 35 per cent year-on-year.

The cloud unit surpassed US$6 billion in quarterly cloud revenue for the first time, at $6.3 billion, driven by core infrastructure and platform services, along with its Google Workspace collaboration software, which saw growth in both users and the average revenue per user.

However, Google Cloud continues to face losses, as it faces stiff competition from the likes of Microsoft, Amazon Web Services (AWS), and Oracle. For the second quarter, Google Cloud reported an operating loss of $858 million, likely driven by infrastructure investments.

During the same period last year, Google Cloud had reported an operating loss of $591 million against revenues of $4.6 billion.

During the quarterly earnings call, when asked if Google Cloud continues to be in investment mode or if it is seeing signs of slowing growth, Alphabet CEO Sundar Pichai repeated that the company believes cloud still represents a “substantial market opportunity” as most companies are in the early stages of digital transformation.

However, Pichai also said that the company was seeing customers across different geographies and sectors being hesitant to spend due to uncertain macroeconomic conditions.

“You do see a varying mix of some customers impacted in terms of their ability to spend, some customers just slightly taking a longer time, and maybe in some cases, thinking about the term for which they’re booking and so on,” Pichai said, before adding that the company will continue to invest in cloud and artificial intelligence.

Microsoft, which also reported its fourth quarter earnings on Tuesday, saw its Azure cloud revenue surpass $25 billion for the first time, which is up 33 per cent. Driven by this growth, Microsoft CEO Satya Nadella said that the company will launch ten new cloud regions during the next fiscal year.

Oracle, too, reported a 19 per cent increase in quarterly cloud revenue last month. Total cloud revenue for the company stood at $2.9 billion, driven by demand across all cloud products, especially Oracle Cloud Infrastructure.

AWS is yet to declare its financial results for the June quarter.