As enterprises face a possible recession, will uptake of cloud services slow? 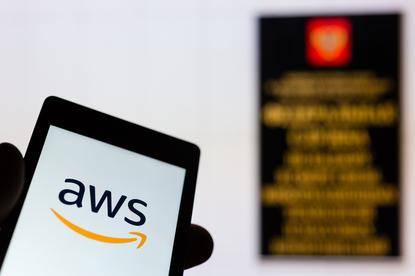 Amazon Web Services (AWS) generated total sales of US$19.7 billion for its second quarter, up 33 per cent year-over-year, but growth slowed and the big question for the vendor is how it will fare the rest of the year as enterprise customers face uncertain economic conditions.

AWS said that it expected profit margins to fluctuate due to potential recession, as well as investments in technology infrastructure and employee costs.

In the first quarter, the cloud services arm of Amazon reported revenue growth of 37 per cent, posting revenue of $18.44 billion.

When asked about possible slower growth in the coming quarters, a phenomenon that rivals such as Microsoft and Oracle are also bracing for, company officials said that its profit margins were dropping sequentially but saw room for overall growth in the business going forward.

“The margin rate is going to fluctuate in this business,” said Brian Olsavsky, Amazon's CFO, according to a transcript of the company's earnings call.

“It's going to be always a factor of new investment and things like the sales force and new regions and infrastructure capacity, offset by infrastructure efficiency gains that we see, pricing issues as we extend contracts,” Olsavsky added.

The company is expecting to add 24 new availability zones (the AWS term for cloud regions) across eight regions, over the existing 84 availability zones across 26 geographic locations. Some of these locations include sites in Australia, Canada, India, Israel, New Zealand, Spain, Switzerland, and the UAE.

Rivals such as Microsoft and Oracle also have said that they will invest into building new cloud regions over the next fiscal year.

Several cloud service providers have said they expect that the fear of a potential recession will slow down  booking rates as enterprises take longer to work through deal terms and duration.

AWS, however, believes that while some customers may dial down their cloud subscriptions, it could turn the uncertain economic conditions to its advantage. The belief is based on past experiences from similar conditions in 2008 and 2020.

The rationale, according to Olsavsky, is that most businesses would want to invest in cloud computing during a recession-like period than buying data centre equipment, which would lock up capital.