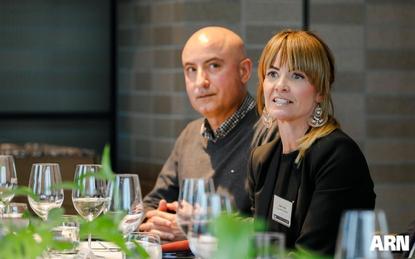 Logicalis Australia has replaced the ageing system of the Australian Financial Complaints Authority (AFCA) with a new Cisco-based solution.

AFCA was founded in 2018 and replaced three previous Ombudsman schemes, growing its workforce from 300 staff members to 800 in a short time frame across its Sydney and Melbourne offices, and wanted to modernise its workspace.

To do this, Logicalis Australia came in and replaced ageing technology, refreshing its network architecture with an end product that was based on Cisco hardware.

“The Logicalis solution was built on Cisco and it covered everything from the front door to the back door including wireless access, switching, routing, firewalls and everything in between,” said James Tod, information technology operations manager at AFCA.

“We now can manage and control our environment easily and it all integrates seamlessly.”

The notion around the new system, according to AFCA CIO Patrick Williamson, was to replace traditional workspaces with “neighbourhoods” that allowed people to move around the Authority’s offices and work in any location in the office enabling project teams to collaborate.

“We wanted to break away from traditional workspaces, where people had assigned desks and went to the same spot every day,” he said.

“Instead, we wanted to create neighbourhoods that would let people easily move around, work with project teams and locate themselves according to their tasks for the day, not the location they were used to. It was important for our culture to bring everyone together in a more comprehensive way.”

“Businesses need to follow AFCA’s lead and make use of modern technologies to create flexible, adaptable and secure workplaces that provide employees with the right environment to thrive,” she added.