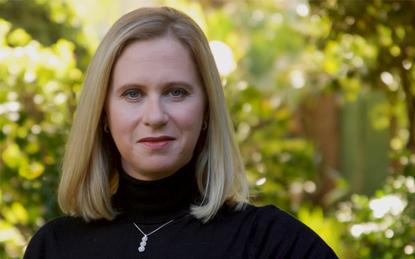 Kaaren Lewis has taken charge of channel operations for Commvault across Australia and New Zealand (A/NZ), with the industry veteran exiting Canon after four months in the role.

ARN can confirm that Lewis has been tasked with accelerating partner growth across the data management vendor’s local ecosystem, through establishing go-to-market strategies, enhancing operations and driving new partnerships across key industries.

The appointment sees Lewis depart as general manager of sales at Canon, a role she was appointed to in February 2017.

“Our business relies strongly on the channel,” Commvault vice president of A/NZ Dan Kieran told ARN. “It is vital that we have the best team and resources to support and enable our local partners.

“With Kaaren’s depth of experience, industry knowledge and passion for our business, we are ready to take our channel operations to the next level to support our channel and customer base.”

The appointment of Lewis represents Commvault’s largest endorsement of its channel to date at a local level, as the vendor doubles down on building an effective trans-Tasman partner ecosystem.

According to Kieran, Commvault’s ongoing focus is centred around data management and protection, through the adoption of new technologies and business strategies.

As a result, Lewis will be responsible for driving such adoption within the channel, working closely with the vendor’s resellers, service providers and distributors to build go-to-market strategies.

“Commvault’s unique approach and business is phenomenal – the market is calling for a holistic approach to data management and I’ve got the keys to driving its adoption across the A/NZ channel,” Lewis told ARN.

“I am thrilled to be joining Commvault, and already feel totally aligned with the organisation and the team and cannot wait to be part of the journey. I look forward to enabling further growth, and increased collaboration with the channel, as part of my new role.”

With a wealth of experience across the channel, Lewis started out in the industry at IBM, advancing up through the ranks before taking on director roles at Hewlett-Packard during the mid-2000s.

A three-year stint as general manager of Insight across A/NZ followed, before Lewis returned to vendor operations to run both local and regional software devisions for Dell.

After returning to run the channel at Hewlett Packard Enterprise in January 2014, Lewis launched her own consultancy business two years later - Lewis Furneaux Consulting - which specialised in business strategy and development.

As reported by ARN, Lewis then joined Canon Australia in early 2017, taking on responsibility for traditional print products and solutions through to production print, network security, cloud services and the broader portfolio of Harbour IT and Converga.