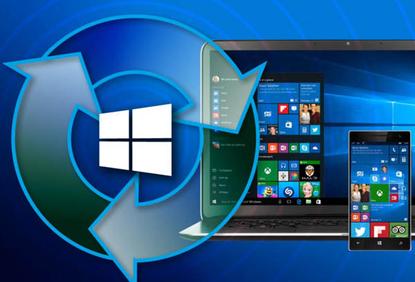 What Redmond giveth, Redmond taketh away.

All editions of Windows 10 1803, aka the "April 2018 Update," will be provided security patches and other bug fixes until November 2019, or for the standard 18 months.

That will be in contrast to the four previous feature upgrades, designated as 1511, 1607, 1703 and 1709 in Microsoft's yymm format. Customers who licensed Windows 10 Enterprise or Windows 10 Education received 24 months of support for those versions.

The elimination of the additional six months, which Microsoft had taken to calling "supplemental servicing," was quietly revealed in online documentation, including the Windows 10 lifecycle fact sheet. There, version 1803 was not flagged as one of those receiving the added support.

"Windows 10 version 1511, 1607, 1703 and 1709 will continue to receive monthly servicing updates at no-cost for a period of 6 months past the end of service dates," Microsoft stated in the fact sheet, referring to the standard 18-month support timetable.

Microsoft initiated supplemental servicing in November 2017, when it announced that Windows 10 version 1511, a November 2015 feature upgrade originally slated to drop off the support list on Oct. 10, 2017, would instead receive some security fixes until April 10, 2018.

At the time, Microsoft said it would only add support to 1511. Three months later, however, the company added 1607, 1703 and 1709 to the supplementary servicing list.

As with 1511, Microsoft restricted the extra support to Enterprise and Education licenses and provided only those security patches rated "critical" and "important" to those customers.

Although industry analysts reported that their corporate clients want, even need, more than 18 months between feature upgrades - a consensus was building that a 24-month interval would be acceptable - Microsoft eliminated supplemental servicing.

Or it killed the free extended support.

In February, Microsoft said that it would offer "paid supplemental servicing" starting in April, when organizations running Windows 10 Enterprise 1607 (as well as Education 1607) would see patches dry up.

Microsoft has not disclosed the cost of Windows 10 paid supplemental servicing, nor whether it will be offered to versions other than 1607 when their support, supplemental or otherwise, expires. (The next retirement date on Windows 10's calendar is October 9, when 1703 is slated to exhaust the additional six months of updates.)

However, it's unlikely that Microsoft would create a temporary for-fee program for only one version of Windows 10; the company hasn't made a practice of leaving money on the table.

Instead, expect it to offer the same 12-month support extension to Enterprise and Education customers for all feature upgrades, thus providing a total of 30 months of free and paid support for each.