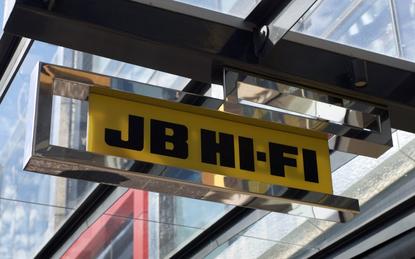 JB Hi-Fi has recorded solid growth in its FY20 results, with a notable rise in its online sales across the board.

Overall, the hardware and electrical retailer ended the financial year ending 30 June with a statutory net profit after tax (NPAT) of $302.3 million, up 21 per cent year-on-year.

Also roughly in line with its forecast is an increase of sales by 11.6 per cent, to $7.9 billion.

Of note was a rise in online sales, which increased 48.8 per cent, to $597.5 million, for the financial year. This was driven largely by a surge in the fourth quarter, with an increase across the group of 134 per cent on the previous corresponding period.

Richard Murray, JB Hi-Fi Group CEO, said in a statement to the Australian Securities Exchange (ASX) this was “a strong result in the most challenging of times”.

“We are pleased to report strong sales and earnings for FY20 and importantly, we have provided our customers with the products they required as they spent more time working, learning and seeking entertainment at home, and kept our team members in jobs with an absolute focus on health and safety,” he said.

There was an acceleration of momentum noted for Australia's Q4 due to surges in remote working and entertaining, with hardware and service sales in particular — which exclude music, movies and game software from all sales — increasing 15.1 per cent, with comparable sales up 14.6 per cent

Things were less successful in New Zealand, with total sales down 5.7 per cent, to NZ$222.8 million, and EBITDA was down NZ$0.1 million, representing a decline of 105.3 per cent. This was largely attributed to temporary store closures due to government restrictions.

Despite this, the retailer claimed that the group is still focused on continuing to improve performance in its New Zealand stores, referring to its past performance and the uncertainty surrounding the pandemic.

As a result, the group reviewed the carrying value of some of its New Zealand assets and incurred a one-off NZ$25.6 million non-cash, post tax impairment.

To compete with the juggling act of operating amid COVID-19, JB Hi-Fi also revealed some of the measures to ensure business continuity.

Among health measures taking place in its stores, it claimed that it didn’t receive any subsidies from the Australian government, but did receive NZ$3 million from the New Zealand government’s wage subsidy scheme to support employee’s wages while its stores in the country were closed.

Looking to FY21, the retailer remained cautiously optimistic, with total sales growth for July up 42.1 per cent, 9.1 per cent and 40.4 per cent for JB Hi-Fi Australia, JB Hi-Fi New Zealand and The Good Guys, respectively.

It even noted that the first 11 days in August recorded “a significant acceleration” in online sales in Victoria as it entered stage 4 temporary store closures.

Even with this surge of growth however, a sales guidance for the financial year ahead was not given due to the uncertainty around the pandemic.